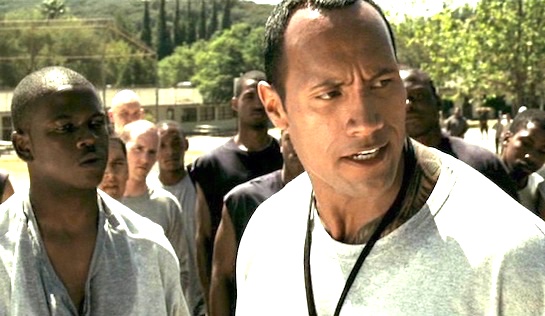 After Kenny Bates (Trever O’Brien), one of the inmates at LA’s Camp Kilpatrick juvenile detention center, has an upsetting visit with his mother and is sitting on his own, distressed, Sean Porter (Dwayne ‘The Rock’ Johnson) – who is not employed as a football coach (but is putting a team together) – seeks him out. “What’s going on, buddy?” “It’s my mom. Things are just so messed up. It gets so I just hate her.” “No you don’t.” “I just want my mom to love me, you know?” “I know. I know. Know what I was thinking? How about we try you out at receiver?” “Good. You mean like I’d be catching the ball?” “Sometimes. Mostly blocking.” “That’d be cool.”

Kenny is just one of many boys at Camp Kilpatrick who have made poor choices. But nothing seems to be having an effect on them, and Porter, a former football player who could never win his father’s approval and whose mother is dying, has the idea to establish a football team – the Mustangs – to compete against outside teams. The suggestion is met with the obligatory resistance and scepticism, but soon takes off. The boys struggle with the discipline and Porter struggles even more to not become his hyper-critical father.

Of all the boys, Willie ‘Drac’ Weathers is the one we focus on most. A member of the 88s street gang, his cousin has just been killed by the rival 95s. Kelvin Owens (David Thomas) is a committed 95 and is also on the team. Can they put aside their gang enmity for the good of the team? Can they win a game against a highly fancied opponent? Can an underdog misfit sporting team ever win any contest in these sorts of movies?

It is based on a true story, filmed largely at Camp Kilpatrick, features a few inmate extras, and uses some of the real Sean Porter’s actual speeches. So it’s hard to argue that it is cliched or lacks credibility or authenticity. But there is the question of how much of the ‘Would you like to play tight end?’-type response to every issue that you can tolerate before it becomes irksome.

It’s not a terrible film, and has a good heart, but it’s awfully paint-by-numbers and a little over-zealous. I’m ready for a film in which an intensive Elizabethan drama or applied calculus course is offered to inmates convicted of hate crimes and produces stunning rehabilitative results, just for a change. 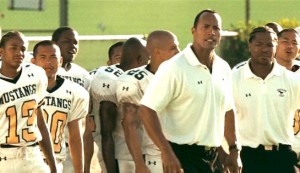 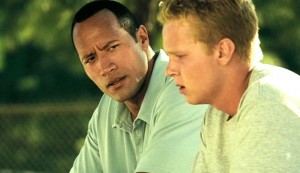 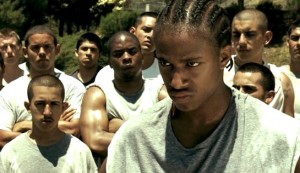 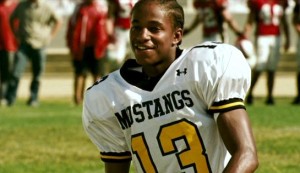