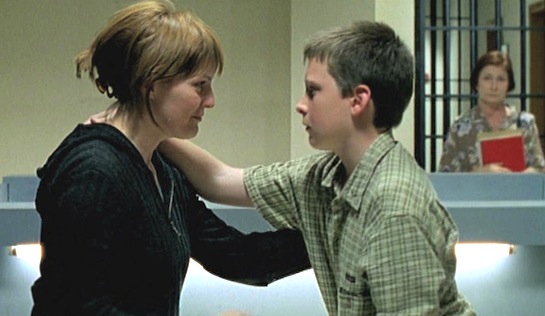 The title of a film can obviously influence the lens through which you watch it. Breakin’ Out, the title chosen for this TV movie’s American release, conjures up a dramatic jailbreak: all action and tense anticipation. Its original French title, Grosse bêtise, translates as ‘gross stupidity’ and conveys a different message altogether. And the right one, in this case.

In some respects it is not unlike the later French drama Pour Elle (2008), and its American remake, The Next Three Days (2010); it is chiefly concerned with an injured party springing a loved one from prison – without the camera ever venturing into the prison beyond the visit centre. And, as with the others, Breakin’ Out’s protagonist works out that it is easier to effect an escape once the prisoner is out from behind those jail walls. The difference is that it is not a grieving husband who plans for his innocent wife to be whisked away to freedom, but a 13-year-old boy fretting for his mum.

Nicolas Guérin (Erwan Demaure) has been fostered out to a nice home after his drug trafficking parents are pursued by police and crash their car, killing his father, Thierry, and after which his mother, Laetitia (Isablee Habiaque) is led off to the Maison de Arrêt to await trial. His foster parents are well off and attentive, but his new ‘sister’, Elodie (Stéphane Caillard), is snooty and resentful. Initially, at least.

He is distraught and bullied at school but all Nicolas can think of is getting his mother out of jail. He writes to the President, seeking a pardon, without luck. And then, inspired by his history teacher’s reference to Napoleon’s escape from Elba in 1815, he devotes his time plotting his mother’s escape, electing not to mirror Napoleon’s stratagem of taking up to 1,100 others with him.

He is assisted by a new friend, ‘Tanker’ (Ouassini Embarek), whom he meets outside the remand prison, where Tanker has been denied permission to visit his father. The plan that Nicolas eventually settles on involves faking his own death and then, when his mother is escorted to his funeral, taking her at gunpoint from her guards and driving her a few short kilometres to the Belgian border and freedom.

Elodie discovers the plan and threatens to expose it, but finishes up helping Nicolas and Tanker in critical elements of its execution. But unlike Pour Elle and The Next Three Days, the whole escape bid is an exercise in ‘gross stupidity’ and destined to fail; like many escapes, all the thinking goes into breaking out and none into ‘what then?’. Maybe schools should teach consequential thinking rather than history. Or perhaps in addition to history.

It’s clearly not a prison movie and doesn’t even involve breakin’ out from anywhere. It is solidly acted, but more than anything it reminded me how uncomfortable I get when watching the kindness and generosity of decent people repaid with exploitation and abuse – even when the recipients are kids driven by their love for their mums. “No good deed goes unpunished,” my wife would say. And she might be persuaded to think after watching this that some bad deeds don’t go properly punished. 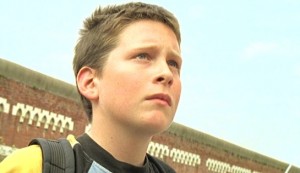 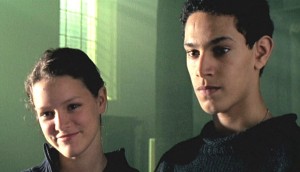