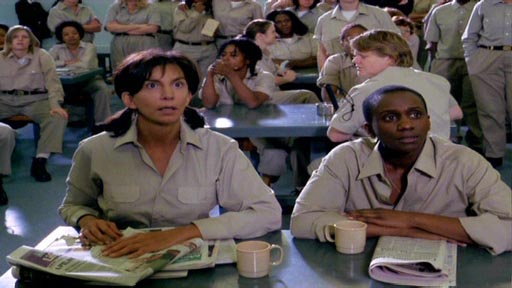 In a slight variation to the time-honoured story of the innocent man or woman in prison, this movie explores a parallel form of injustice – the sentencing of minor players in big drug busts to crushing terms of imprisonment under US federal mandatory minimum sentencing laws.

Susan Walker (Mercedes Ruehl) is a widow with two kids who falls in love with an almost too-good-to-be-true car salesman, Russell. But apart from being a car salesman (with everything that may imply), Russell also does a little drug-dealing on the side. Susan thinks he’s just doing small deals for friends… yet still gives him the boot immediately when he breaks his promise to stop. Then, when he and his co-conspirators are busted soon after their split, Susan is also arrested for having “fed and sustained her five co-conspirators” and she is then convicted, on their evidence, of having been part of the conspiracy by (unwittingly) passing on messages or unknowingly playing some other part in the enterprise.

And there’s the rub. Under the mandatory minimum sentencing laws, Susan is regarded as having been an equal partner in the cannabis cultivation and distribution enterprise and, what’s more, has to watch all the others receive big discounts from the court for having provided ‘substantial assistance’ to the government. Susan, the least involved, gets 20 years and the others nowhere near that; Russell gets 14.

Little else needs to be said. The laws, designed to give the drug ‘king-pins’ lengthy sentences, instead give a decided benefit to those with information to trade; the mules and low-level players with little or no information to provide (or who, like Susan, protest their innocence) finish up filling up the prisons by virtue of their huge sentences.

The film mostly resists the temptation to show how difficult it is for a middle-class(ish), innocent(ish) person in a standardly brutish jail; she’s attacked only once and the poor treatment she experiences at the hands of the guards is very minor. She spends her time writing to judges and senators seeking a new trial or a change in the law. There are plenty of others in the same predicament, including her friend Roxanne (Karen Glave). When a new chaplain (Elisa Moolecherry) starts and puts them in touch with Families Against Mandatory Minimums (FAMM, an acronym which happily avoids the debate as to whether it should be ‘Minima’), things get going, and six years into her mandatory 20 Susan walks free, Presidential pardon in hand.

As you’d expect, the film shares a few themes with a number of other women’s prison movies, particularly Locked Up: A Mother’s Rage (1991) in its treatment of Susan’s sister, Angie (Alberta Watson), as she puts her life thanklessly on hold while looking after her sister’s increasingly troublesome kids. You’ve also got to like the inability of the other women (notably good friend Roxy) to delight in Susan’s pardon – all of them unable to rise above the further injustice of just one woman, whose circumstances are not much different to their own, being set free.

While we get to return home with Susan and see her reflect on what she’s been through and overcome, it would perhaps have made the point more cogently had we stayed with the many bewildered women – still in jail, still separated from their kids, still being disproportionately punished by poor law – whom she left behind. 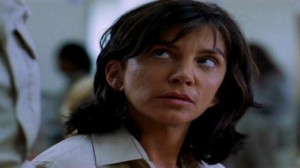 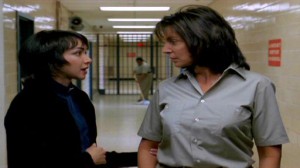