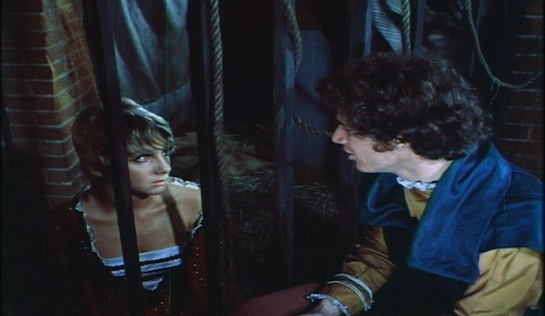 Guru has two redeeming features. It is mercifully short, at around 56 minutes. And it is unapologetically dotted with anachronisms, if you like spotting such things; things like light switches and heavy passing traffic that are just slightly at odds with its 15th Century setting. To tell the truth, they don’t redeem it at all; it is schlock-horror tripe that could be enjoyed only by masochists who are fans of other people’s children’s school productions.

The sign outside the Lost Souls Church in improbably modern sans serif lettering tells us that we are in Mortavia. In an admirable example of multi-skilling, the fictional island’s church doubles as a 100-bed prison, specialising in executions, blindings, brandings, amputations and the provision of last rites for the more-squeamish principalities on the Eastern European mainland.

It is in that prison that we meet Nadja (Judith Israel), newly sentenced to death for murder – after (she claims) trying to bury her stillborn child. There she is reunited with Carl (Paul Lieber), the head of the prison’s reception and execution teams, who turns out to be her long-lost love. Carl approaches the Church’s unorthodox priest and execution-director, Father Guru (Neil Flanagan), to spare her. Father Guru agrees to give Nadja a potion that makes it look as if she’s dead but from which she might be revived – provided that Carl provides unaccounted-for bodies to sell to a nearby medical school as a church fund-raiser. Oh, and Carl can’t buy the potion from Guru’s mistress, Olga (Jaqueline Webb), unless he allows her to drink the blood of the executed prisoners off the chopping block.

To complete the set of standard horror characters, Guru is assisted by a one-eyed hunchback named Igor (Jack Spencer), who assists him remove the bodies of the slain passers-by unfortunate enough to have strayed into the church. But Igor has a kind heart and he ensures that Nadja, whom Guru keeps post-resuscitation in the bell-tower, is kept from harm in spite of the surrounding murderous mayhem.

The acting is just terrible and the production is as careless and amateurish as it is cheap and nasty. The script lacks originality and wit, and has none of the joy of an over-the-top spoof; it really does have the look of an awful school production. What’s worse, the prison is never sighted and rarely cited. 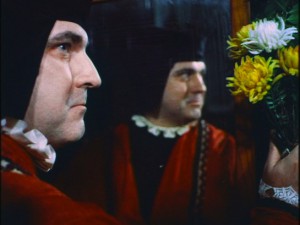 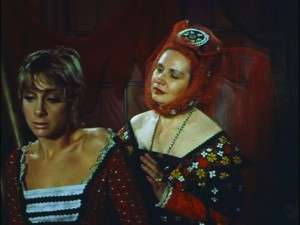