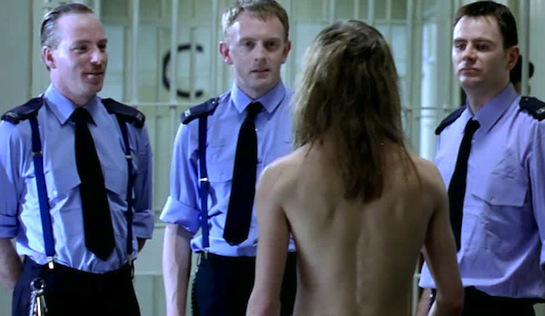 I think I breathed a sigh of relief on coming to the end of H3: “Thankfully, that might be the last of these that I have to watch.” Which is a bit bewildering, because I’ve found other films dealing with the dirty protests and hunger strikes by republican prisoners in Northern Ireland in the early 80s [such as Silent Grace (2001) and Hunger (2008)] very watchable. It wasn’t any aspect of the conflict that troubled me, and it certainly wasn’t the repetition in the storyline; I can’t recall having a similar reaction after seeing my 67th escape movie or innocent-man-in-prison movie.

There is, naturally enough, a sameness in movies dealing with the spilling over of The Troubles into prisons. Both Silent Grace and this one introduce a new prisoner into the midst of the protesters, all of whom refuse to wash, refuse to work, refuse to wear the prison uniform… and who smear the walls of their cells with faeces in protest at the British Government’s decision in 1976 to withdraw their right to be treated as political prisoners.

In H3 it’s a very young and fresh-looking Declan (Aidan Campbell) who is the newcomer to block H3 in the Maze and through whom we experience our initial reaction to the cold and the stench. And it’s largely through him that we also experience the brutality and the mind games of the staff – as a result of which the youth becomes more hardened, more brazen and even more committed to the cause.

His cellmate Seamus Scullion (Brendan Mackey) and others have older, cooler heads and are better versed in the strategy of warfare, but are clearly no less committed; Scullion has gone without a visit for four years for the cause. He is given the unenviable task of selecting those who are prepared to replace Bobby Sands (Mark O’Halloran) in starving themselves to death to have their political prisoner status restored.

The loyalist staff, led by the perpetually antagonistic Morton (Mark McCrory), are – with only one exception – uniformly portrayed as hateful, vengeful and vicious. Only the more senior officer Simpson (Dan Gordon) is seen to be able to separate politics from the job, and it is the overturning of his decision to allow the prisoners to wash and move to clean cells (without insisting on the application of all other rules that apply to ordinary prisoners) which firms the resolve of the republicans, and indeed buoys their plans to embark on hunger strikes. The scenes of boyish excitement and joy amongst the prisoners as they cut their hair and wash for the first time in years, followed by their anger at authorities reneging on what they thought was a deal, are arguably the most telling in the film.

As for the staff, there is no sense (as there is in the other films) of the reasonableness of their revulsion at the putrid conditions in which they must work every day, and the genuine stress and fear they must feel being vulnerable to being attacked outside the walls; our sympathies are encouraged to flow in only one direction.

As a result, H3 is a solid but one-dimensional movie. It appears reluctant to explore moral complexities and ambiguities beyond those relating to some of the republicans’ impossible choice between martyrdom and living on for their families. And that’s a shame.

It’s this laziness, this lack of intellectual rigour that I think I reacted to when I finished watching it.  In time I expect I’ll get back on the horse with Some Mother’s Son (1996) or Il silenzio dell’allodale (2005) to get another view. Or just out of curiosity. 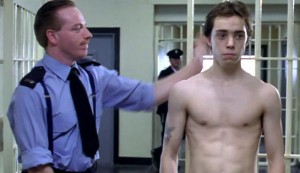 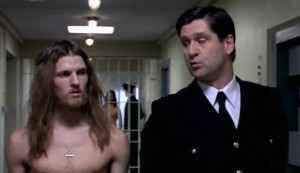