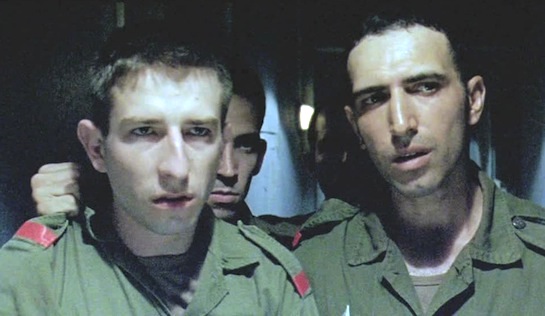 The Loners is a classic tragedy. It charts the fall of two proud, patriotic soldiers accused of treason, and follows them through a doomed prison insurrection. Over nothing.

Its key players are Sasha Bluchin (Anton ‘Klin’ Ostrovsky) and Glori Campbell (Sasha Agrounov), two Russians fighting in the Israel Defense Forces. They are in a celebratory mood; Bluchin has just been accepted into officer training, happily following in the footsteps of his General father.

But things are about to turn sour. Sasha is found with a rifle stolen from an armoury, and his own rifle is found to have been used by Hamas to kill five Israelis. They are charged with selling not only the rifle to Hamas, but supplying grenades and ammunition that were also found to be missing from the armoury. The two men are held in a military prison and after a quick trial – in which they maintain that Sasha’s rifle was stolen – are both found guilty and sentenced to four years.

Life in the prison is not easy. They are despised as traitors by both officers and fellow prisoners, most of whom would appear to be in the prison for relatively minor offences, such as refusing orders. They are mocked and bullied. As Russians they are already outsiders (hence ‘loners’); as Hamas collaborators they are enemies… and their chief antagonist, Sgt Galperin (Henry David), makes sure that they are kept uncomfortable. Glori, the more vocal and more oppositional, is effectively tortured.

Sasha is the better educated of the two, but weak. Glori is unschooled but harder, braver, less biddable. He is decisive, a man of action; a fine soldier. When they are offered a transfer to a civilian prison, Sasha demurs, even though the conditions there would be substantially better; he doubts that he could survive amongst common criminals like he knows that Glori could.

Instead, they keep agitating for an appeal, still hoping to be reunited with their regiment in the IDF. Their requests are not treated sympathetically; Galperin simply ignores them and the prison’s welfare officer (and only woman), Ilanit (Rotem Zussman), can’t understand why two traitors would elect to stay in the military prison.

In frustration, Glori takes things into his own hands. He takes a guard hostage, and then Ilanit, and with the guard’s keys is able to take control of the cellblock. You don’t need to know much about Israeli prisons to know that things are not destined to go well from that point. Sasha is dragged reluctantly into the revolt. At every turn he seeks to distance himself from Glori’s actions, still holding onto a forlorn hope that they will be exonerated and returned to their regiment. Glori takes Galperin hostage for good measure, and takes much pleasure in repaying some of the ill-treatment at his hands.

As part of their negotiation strategy the two protagonists are successful in bringing General Ben Aroya (Tzahi Grad) to the prison to hear their grievances, but the General lets it be known early that Israel doesn’t negotiate with hostage takers. As tensions then mount between Glori and Sasha, we learn how Sasha lost his rifle – and realise that it was essentially his feeble embarrassment (and Glori’s loyalty in not revealing the truth) that has stupidly led to both men being in these desperate, desperate straits.

It is an excellent movie; the audience cannot but squirm as Glori’s bravado fleetingly retrieves some of the status and self-determination that the two men have had ripped away from them, while every move makes their redemption in the eyes of the rest of the world more and more impossible. And their abasement more inevitable.

The story is inspired by the real-life rebellion at Prison Six near Atlit in August 1997, although the degree to which the film follows the true story is less clear. To me, at least. But the real-life events are unlikely to have matched the potency of the film’s portrayal of loyalty and audacious, foolhardy resistance in the face of much more powerful opponent. For nothing. 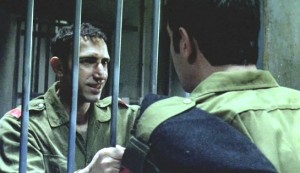 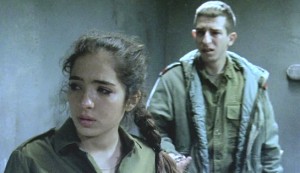