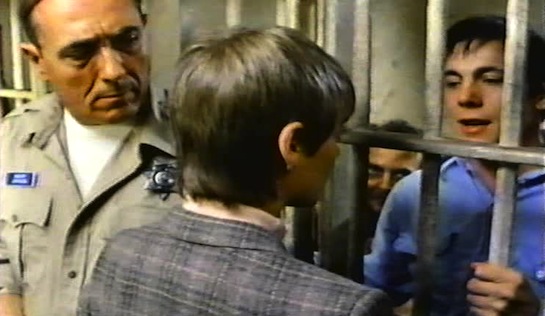 I’m not sure why this wasn’t called ‘Bad Choices’. Most of the critical choices are arguably not that hard: “Do I join my brothers in a robbery?”, “Do I allow myself to be sprung from jail by a social worker who is pointing a gun at the sheriff who has treated me decently?”, “Do I become a drug trafficker?” – but not all the answers are straightforward in this morally challenging tale.

The Lipscomb boys live with their ma in backwoods Tennessee. And use drugs. When Josh (Martin Donovan) is broke and hanging out, he and Ben (John Snyder) decide to break into the local pharmacy. Their 15-year-old brother Bobby (Gary McCleery, looking substantially older than 15) insists on being part of the action. Bad choice. Bobby is a good kid; the hope of the family. He has prospects… so you immediately know it’s not going to go well for him. He waits in the truck on lookout duty, while Josh and Ben head off to raid the pharmacy shelves. Ben takes a rifle with him. Bad choice. A lone cop surprises them while they are still inside, and Ben shoots him dead. Bad choice.

Bobby is held in the county jail, while Josh and Ben go to adult prison. It’s at the county jail that Bobby is first interviewed by Laura Stephens (Margaret Klenck), a social worker and campaigner against children being treated as adults in the criminal justice system. Her project’s funding is soon to cease and, to add to the stress, she is clearly at risk of over-attachment to her clients. She reminds Sheriff Mavis Johnson (John Seitz) of his obligations to keep Bobby separate from the adult prisoners, and to treat him decently. The jail (of which we don’t see great deal, it must be said), is one of those where the prisoners don’t seem to ever get out of their cells; it’s hard time.

To make it harder for Bobby, not all of the deputies respond with absolute professionalism after one of their colleagues has been gunned down by the Lipscomb boys, but Sheriff Johnson does his best – even if he is initially slow to separate Bobby from a prisoner who mistakes Bobby for someone from whom he can take sex. Ultimately Sheriff Johnson even makes Bobby the trusty, allowing him to work outside the jail – from where he could abscond at any time, if he wanted to.

The court rules that Bobby is to be tried as an adult. Not wanting to wait for the court’s verdict, Laura – aroused perhaps by a consoling hug from Bobby after the suicide of one of her female clients – turns up at the jail with a gun, and has Bobby tie Sheriff up, steal his gun and escape; they then flee as lovers to Florida where they are harboured by Laura’s urbane and charming friend Don (John Sayles), who runs a profitable drug trafficking business.

Much has been made of the unpredictability and moral complexity of Laura’s character: simultaneously fighting for the rights of children and snorting cocaine, becoming intimately entangled with a child (16 by this stage) young enough to be her son, maintaining a friendship with an intelligent, attractive drug trafficker… and putting herself in the way of a large jail sentence to assist a child whom she believes to be at risk of getting a bum rap from the legal system. There is more than a little irony in her accusing the authorities of robbing children of choices, and then inciting some awful choices by a child to whom she has selfishly grown attached. And, in doing so, treating him as an adult. 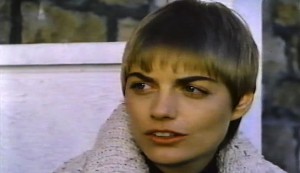 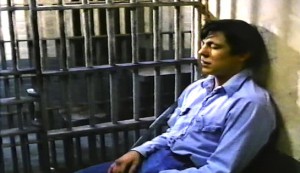