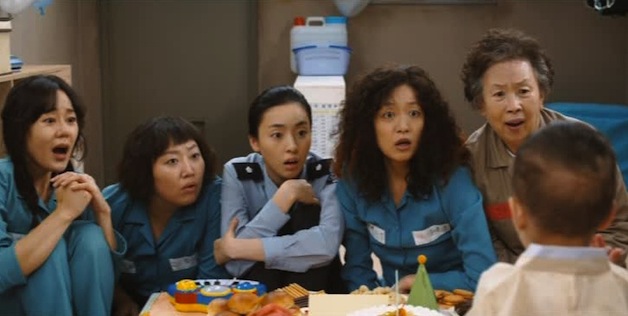 What I’d read about Harmony suggested that it was an uplifting movie about a choir in a women’s prison. Is it uplifting? I guess so… for a moment or two. But it is also just about the saddest prison movie that you will see, full of pain and loss and suffering. It could be three films: one about the choir, another about the harsh separation of a mother from her young child, and yet another about the senseless execution of a kindly, elderly woman. Very uplifting.

The young mother is Hong Jeong-hye (Kim Yun-jin). She is serving ten years for murdering her abusive partner – acting in self-defence in response to him kicking her as she lay on the floor, heavily pregnant. The sentence seems a little harsh. She gives birth to the child, a boy, Min-woo (Lee Seung-Yeon), and gets to keep him with her in her 5-person cell… but knows that she must give him up when he reaches 18 months.

Jeong-hye is full of energy, and – tired of sitting through visiting singing groups – gets permission to start up a choir at the prison. She convinces her reluctant cellmate Kim Moon-ok (Na Moon-hee), a retired music professor, to be choirmistress. Kim Moon-ok is less-than-enthusiastic at first and is not overly prone to high-spiritedness – not only is she on death row, but her daughter refuses to forgive or have anything to do with her; Moon-ok got the death penalty for killing her cheating husband and his lover by running over them with her car… and then reversing over them to make sure they were dead. She also has to wear a brown uniform, while everyone not on death row gets to wear blue. But she puts these matters aside and over time moulds a fine choir out of nothing – so fine that they are invited to take part in a big concert in Seoul, to which they all get to go.

In the meantime Jeong-hye has to place Min-woo with adoptive parents (it’s never quite explained why she chooses not send him out to relatives), and another prisoner, Kang Yu-mi (Kang Ye-Won), serving a sentence for killing her step-father who was molesting her, battles deep depression and refuses to see her forlorn mother. You may have noticed a slight trend: all the women have been deeply wronged and are themselves victims, in for crimes against or because of abusive, nasty or oppressive men. But they are of course transformed by the choir, and then, four years later in Seoul, are all reconciled – following some risky casework undertaken by the very sympathetic prison officer Kong (Lee Da-Hee) – with their estranged family member or, in Jeong-hye’s case, her son, now achingly settled into his new life.

But this is not just a tribute to women rising above their past abuse or a campaign to better recognise the victimisation of women in prison. Both Harmony and its fellow South Korean film The Executioner (2009) would also appear to be trying to influence public opinion against the resumption of capital punishment. While the death penalty remains on the statute books in South Korea, no-one would seem to have been executed there since December 1997… yet since the late 2000s the Government has been signalling a possible end to the moratorium. Both of these films anticipate the return of hanging – and here the serene Moon-ok, who has so wonderfully led the choir and been a dignified mother-figure to all the women, gets notified that her time has come; both films accordingly feature warm, gentle, reformed prisoners who have already spent years and years in prison, who arguably pose no risk to anyone, and who are nonetheless led to the gallows. ‘For what good?’ both films ask.

It is an extraordinarily moving film, notwithstanding the lack of subtlety in the tugs at the heartstrings – the bereaved mother, the victim-offenders serving unfair or unreasonably long sentences, the good woman waiting to be executed. Through all of this, the star of the film is undeniably the baby, Min-woo, a captivating, enchanting child who as a performer demands all the attention. It’s largely due to him that even in its happiest moments the film is bittersweet, tinged with pain and sorrow. 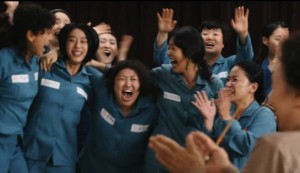 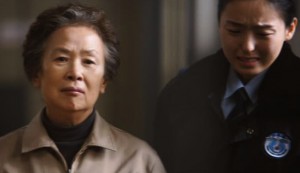