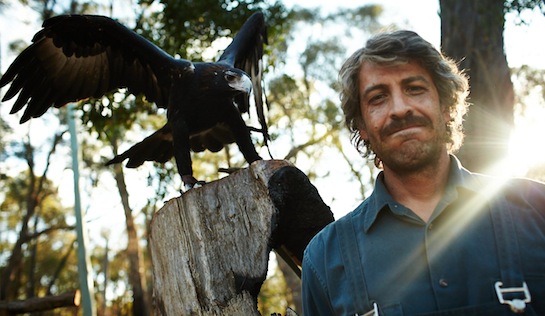 In saying that this is the most interesting new prison movie for some time, I need also to declare my bias: I know a number of the principals connected with its production.

Loosely based on a true story, it tracks the path to redemption of a hardened, closed-off prisoner through a program that restores injured raptors (eagles, hawks, owls) back to health. The portrayal of the parallels between the healing of these birds ahead of them being set free, and the similar process at work in the prisoners who look after them, could be corny but is understated and moving – moreso because it is plain that neither the birds nor the prisoners are guaranteed success once released.

Viktor Khadem (Don Hany) is an Iranian-born prisoner who has killed a friend who dishonoured him. He is also reputed to have killed another prisoner in the maximum-security Pentridge. As he nears the end of his lengthy sentence, he is transferred to Won Wron, a (real-life, but now closed) minimum-security prison, where the prison officers take bets on how long it will take him to come out of his cell without first seeking permission. The other prisoners, aware of his reputation, generally give him a wide berth.

His prison officer caseworker, Matt Perry (Hugo Weaving), is going through his own battles, having lost a young daughter to cancer. Having seen Viktor’s protectiveness of a wedge-tailed eagle that injured herself on a fence, Matt decides to put him in charge of the new raptor aviaries the prison builds to help out the local wildlife sanctuary. It is a risk; Viktor is hot-headed, demanding, intolerant of junkies, and not well assimilated into his new environment.

It is soon evident that Viktor and his fellow prisoners are as flawed and damaged as the birds they care for. They might be uncommon characters in prison movies, but are not so uncommon in prison: Viktor, fastidiously clean and afraid to confront his past; the simple, almost guileless Shane (Mark Leonard Winter), somehow street-wise and vulnerable at the same time; and culpable-driver Paul (Xavier Samuel), a first-timer too ashamed to face his father. Only Warren (Anthony Hayes), a smug wheeler-dealer, is without shame and seems completely at ease in his surroundings.

Healing contains none of the high-octane drama of the traditional prison movie. In its place it provides an authentic picture of the minimum-security environment where there are no riots and stabbings, but where prisoners struggle to sort themselves out before returning to the community and prison officers wrestle with the competing demands of their role. It is at its most impactful when Viktor is forced to deal with inevitable setbacks, such as when he falteringly tries to reconnect with his grown-up son with whom he has had no contact for 18 years. Themes of honour and shame, family reconciliation, rehabilitation, relapse and being given a second chance are constantly woven throughout the narrative.

It is a spectacularly shot film, with the birds competing with Viktor, Matt and Shane for centre stage, and often winning. But more importantly, it is a refreshingly different prison story, told with gentle humour and compassion, and firm in its declaration of support for second chances. 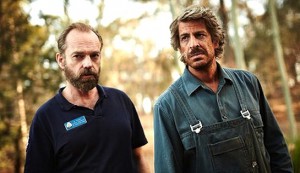 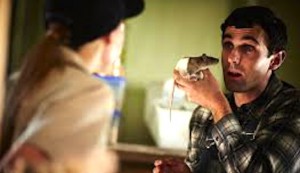