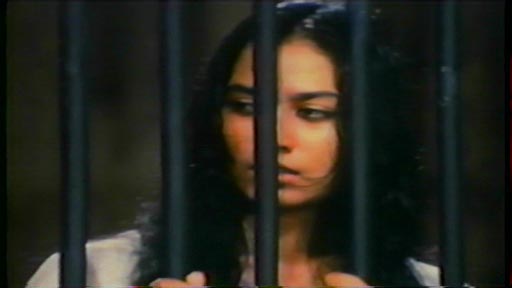 In my defence, let me say this: I’ve not been able to track down another Indonesian prison movie, and although I have a policy of avoiding exploitative women-in-prison movies, I was sure this would be different. It’s Indonesian, for goodness’ sake. I was wrong. There are skimpily dressed women, catfights, various instruments of torture and even a shower scene. (Mind you, the women remain pretty much clothed throughout). It’s so bad, one starts to ponder whether it would be better to be subjected to the instruments of torture than have to endure the rest of the film.

A beautiful, pious young woman, Indri, is tricked by a friend, Cartina, into moving from her remote village to the city. Cartina takes her directly to an expensive, fortified house where she is introduced to ‘Uncle’ MG, who trades in women, has a penchant for breaking in virgins, and has a certain expectation of the new arrival. Gee, thanks, Cartina.

Indri is not about to give up her virginity easily. She fights off MG so fiercely that she is thrown into his private prison, in which he keeps a collection of ex-wives, ex-virgins and a range of sadistic guards, and where it’s hoped that she will learn the benefits of submission. She is tortured, of course, but refuses to surrender… until she nobly saves a fellow prisoner from being raped by offering herself to MG. But after leading him on with some decidedly un-pious kissing, she reprises the memorable scene in Midnight Express (1978) and bites off MG’s tongue.

This is not well received. She gets subjected to a range of other atrocities, and commits some on herself as well. Then, just as a mumbling MG is about to get some revenge by removing her tongue, all the other women break out of their cells, overpower the guards, and effect an escape. Well, some do. Many get shot, and perhaps in the end it’s just Indri who manages to walk into the sunset, a free woman.

There are no redeeming features other than the perverse amusement to be found in awful dialogue and poor dubbing, sound effects occurring out of sync with the action, gunfire flashes scratched into the film, ridiculous traps to stop the women from escaping, and a huge thick rope being cracked like a stockman’s whip. Excruciating. 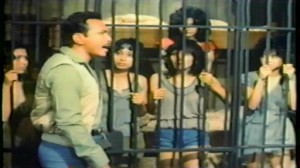 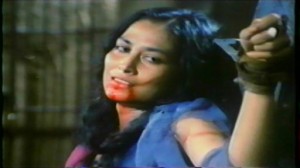 Also known as Escape from Hellhole.