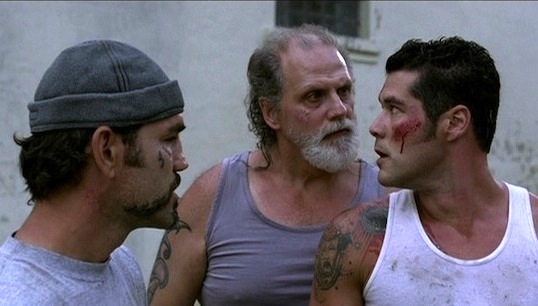 Histoire charts the decline of Claude (Emmanuel Auger), a clean-cut, good-lookin’ 19-year-old serving 10 years for an armed robbery. He’s so clean-cut and so good-lookin’ and is so missing his pretty girlfriend, Karine (Karyne Lemieux), that we can’t really believe he belongs in a harsh maximum-security prison. But then we could be wrong.

The tough Québécois prison that is his home is controlled by two opposing gangs; one of which is led by the scrawny Zizi, the other by the bulging Tarzan. Luckily, Claude finds his own run-of-the-mill crew on his first day: Lucia (Dominic Darceuil), a drug-addicted transsexual, Jacques le Schizo (David Boutin), an odd, skittish, hyper young man, and The Phantom (Paul Dion), an older man who has already served 17 years and who is full of wisdom and the prospect of many still to come.

It doesn’t take long to discover that Claude is handy with his fists, and he is hurriedly conscripted onto Zizi’s fight roster, on which plenty of prisoners’ money is wagered. In the manner of not too many maximum-security prisons, one would think, the fights are allowed by staff to be conducted unimpeded and unobserved.

Despite The Phantom’s best counsel, Claude inevitably gets caught in the crossfire between Zizi and Tarzan. Tragedies soon abound. Claude’s is that he gets raped, contracts AIDS and (unconnectedly) loses Karine. No-one, it seems, escapes some tragedy… although Claude does manage to escape from the prison – in a manner so preposterously reliant on poor supervision that one suspects that it is based on a real life escape somewhere, if not Québec.

The film itself is an odd jumble of contradictions. It is based on the writings of Léo Lévesque, who spent 25 years inside, and confused years they must have been. The baddies are all steroid-enhanced one-dimensional figures, while the good guys are all of greater substance. It aims for a gritty prison feel but from time to time lapses into moody, art-house reverie, punctuated by flashbacks to Claude and Karine playing hide-and-seek in rows of trees. Claude is treated to some occasional worldly commentary from a (presumably Hannibal Lecteresque) hidden monster. The guards are of almost no consequence – benign and almost totally absent – yet the size of the cheer that goes up when it is reported that a guard has been killed implies that there is a bitter war between prisoners and guards; if there is, we see none of it.

As for Claude: all those good looks and all that promise – all going or gone. His fall would be a real tragedy were one remotely interested in him. Curiously, not even his acquired life sentence is sufficient to make us feel sympathy for him. Or perhaps that’s just me. 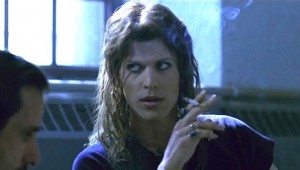 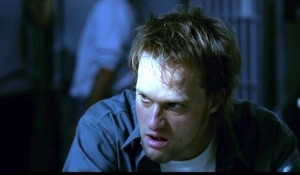