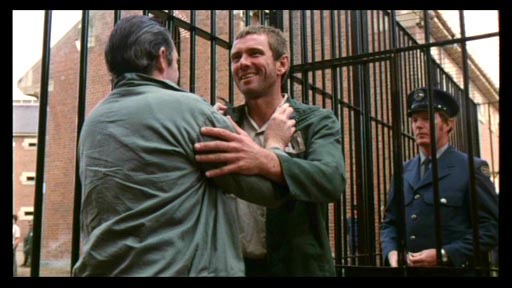 The first half hour of this movie is taken up establishing that Martin Stang (John Hargreaves) is an armed robber and a likable rogue who knows his way around (a) dirty money, (b) clean women, and (c) the New South Wales Police (more dirty than clean). That done, the remainder of the film is able to be devoted to his great con job – convincing the court and the prison authorities that he’s blind and no longer a threat to society.

Hargreaves is terrific; wonderfully cocky on the streets, and restrained, tentative and vulnerable as he ‘loses’ his sight. And credible. After getting a reduced sentence from a Court that is dubious about his sudden unexplained blindness but can’t fault it, Martin gets moved to a minimum-security prison where the Prison Officers are, typically, downright cynical about it. He sticks to his guns, and although he trips over, he can’t be tripped up.

Along the way he is befriended by a sexually-repressed clergyman’s wife, Sarah (Judy Davis), who sets out to teach him the life skills that he will need upon release. He is given day leaves to go to her house. He knows the intimacy of a blind man’s touch. He tells her that he loves her. If we hadn’t seen him cavorting with the other women, and if we didn’t know that his blindness is all a big ruse, we might believe him. She falls for him, of course. He reveals his sightedness to her, and it becomes trickier. For everyone.

Hargreaves’ performance ensures that Hoodwink remains an unpretentious bit of fun, its tongue firmly planted in its cheek. It’s very dated; the first part, in particular, is very much locked into the late-70s, early-80s. But the scam is timeless. 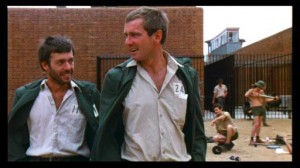 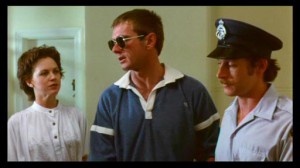