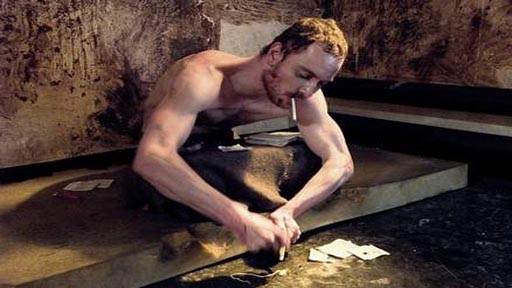 There have been complaints, I know, that Steve McQueen’s film about the 1981 hunger-strike death of IRA leader Bobby Sands in Belfast’s Maze Prison is politically biased, and that it portrays him as a hero. I’m not sure that it’s an issue.

Certainly there is no attempt to examine his protest in light of the offences for which he was imprisoned, or to put it in the context of the 2,300-odd deaths (mostly of civilians) directly related to ‘The Troubles’ by the end of 1981. Sands had been sentenced to prison for a very long time, having been found guilty of the possession of a firearm allegedly used to fire upon Ulster Police after the bombing of a furniture store in 1976. It seems that there was insufficient evidence to convict him of either the shooting or the bombing, but the length of the sentence – 14 years – would seem to have reflected the Court’s view that he was linked to one or both matters. Or simply reflected the level of desperation to put an end to IRA-linked violence.

Sands is undoubtedly portrayed sympathetically. But then it’s a matter of proportionality, is it not? If the British response to the Maze prisoners were seen to be roughly proportional to the harm caused, or fair, or less intransigent, it would invite less concern. I doubt that the Guantanamo detainees are seen to be heroes by many outside of certain sections of the Muslim world, but there has been much sympathy for and concern about their treatment in much of the western world. The film does suggest, without excusing Sands or putting him on a pedestal, that things got out of whack.

McQueen doesn’t provide much of the political context, but he does show, graphically, the effects of the ‘dirty protest’ at the Maze (or Long Kesh) – with prisoners refusing to wash, cells filled with rotten food, faeces covering every wall and human waste tipped under the cell doors – and gives a strong sense of the provocation of staff who had to work in that environment. There is awful violence directed at the prisoners. But we also see the awful violence directed at the Prison Officers, who faced those putrid conditions day in, day out, whose authority was constantly challenged, and who ran the risk of being executed in their community by the prisoners’ confederates. We see the strain on the Prison Officers are under, and understand, even if we don’t condone, some of the brutality. We see some trapped, doing things they don’t like, but with nowhere to go.

We also see the induction of a newly received prisoner into a prison where, as an IRA man, he must of course fall in with the protest. Which he knows he must do, but we share his initial reaction as he is led, clean and dressed only in a blanket (all the IRA prisoners having refused to wear the uniform of ordinary criminals, opting for a blanket instead) into a disgusting, cold and filth-ridden cell.

But it’s Sands (an impressive Michael Fassbender) who commands all the attention in the last half of the film. The focal point is a spellbinding, 19-minute single-take conversation he has with a priest (Liam Cunningham), who argues that a hunger-strike to the point of death is futile. But Sands is resolute. He’d been part of an earlier hunger strike that was broken and the British Government, he believed, had reneged on its part of the deal. The protest he orchestrates has the IRA faithful starting their voluntary starvation at staggered intervals. He is a leader, their commanding officer inside; he is the first cab off the rank. We then see the pain, the awful toll it takes on his body (lesioned and skeletal – Fassbender apparently dropped from 77kg to 60kg for the role), but, oddly, nothing of what he wrestled with over the 66 days it took him to die. Perhaps it is this stoicism, or the inference that might be drawn he had no second thoughts or inner torment about the course he was taking, that is seen to unreasonably incline the viewer to seeing him as a hero or martyr. But the reality was that no matter how hard Maggie Thatcher contrasted his choice to die with the lack of choice of the victims of the republican forces’ violence, for many he did become a symbol of the struggle, and 26 days prior to his death he was elected to the British Parliament.

Sands’ real-life death sparked an upsurge in IRA recruitment and activity. And 60 more deaths of civilians, police and soldiers. Nine more IRA prisoners saw their hunger strikes through to death, in an attempt to be regarded as political prisoners not ordinary criminals (the right not to wear prison uniform; the right not to be required to undertake prison work; free association, education and recreation; one visit, one letter and one parcel per week; and the restoration of remission lost in the protest). Some concessions were ultimately made. It is a moot point as to whether he could have achieved more had he lived. 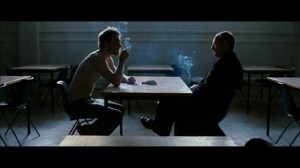 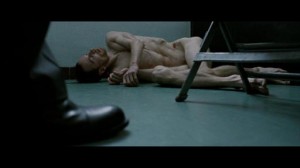