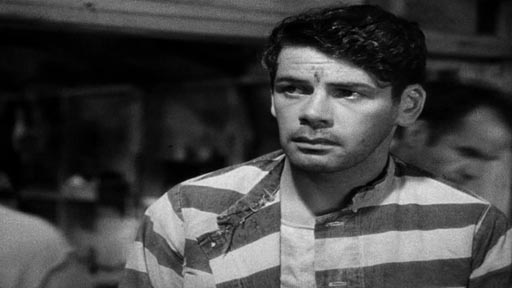 Melodrama in which Paul Muni plays James Allen, returned from the First World War with a restlessness borne of a desire not to return to the drudgery of his former civilian life in New Jersey and an ambition to use the engineer’s skills he’d learnt in the army. He soon leaves his shipping clerk’s job, but finds work hard to get right across the country. Down on his luck in the South, he teams up with another down-and-outer, thinking he’s getting a free feed at a diner, when his mate pulls a gun and forces Allen to raid the till. Allen gets caught and sentenced to 10 years on the chain gangs.

Surprisingly, since he’s not long out of the army, he finds it difficult to adjust to the discipline and the bad food. He escapes a year into his sentence, fooling baying bloodhounds and local police in his getaway. In no time he makes it to Chicago, where he rises up the ladder in a construction firm, building roads and bridges, becoming an executive and being feted by the Chamber of Commerce. Things all look rosy when he falls in love with a young woman, Helen, but he is betrayed to the police by his profligate wife (did I mention his wife?), whom he was blackmailed into marrying after she discovered his secret past in a letter. His capture generates huge debate, with much public opinion contending that if the objective of prison is to rehabilitate, why send a reformed and productive member of society back to the chain gang? Political tensions between States also grow as Illinois considers not extraditing him back down South.

Ultimately, he agrees to return on the promise that he will be pardoned after just 90 days, but he is unwisely very critical of the brutality of the chain gang system, and it is hardly a surprise when the authorities renege on their promised pardon. Allen seems to have an aversion to singing spirituals and escapes again (this time in a truck), ironically blowing up a bridge to prevent his pursuers from getting too close, and in doing so cruels any chance he has of returning to his former respectable life. We see him briefly a year later, permanently on the run, thieving to stay alive, living in the shadows and unable to pick up again with Helen.

Muni’s portrayal of Allen as an everyman is supposed to lead us to consider his run of bad luck and his awful demise and reflect upon how easily that could be us. I’m not so sure; I don’t think I could ever be a civil engineer. It is a classic film, based on the true story of co-writer Robert Elliott Burns, who was actually pardoned from Georgia chain gangs, and the publicity surrounding Burns’s book and the film apparently led to many of the chain gangs in the South being abolished. Fortunately, from a film goer’s (rather than a correctional administrator’s) perspective – and appreciators of Cool Hand Luke in particular – some survived.  It is also remarkable given that it was made just five years after the first ‘talkie’ movie; it’s just not a brilliant prison movie. 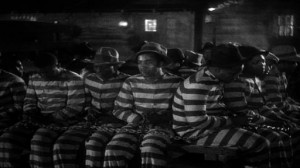 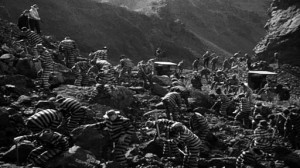