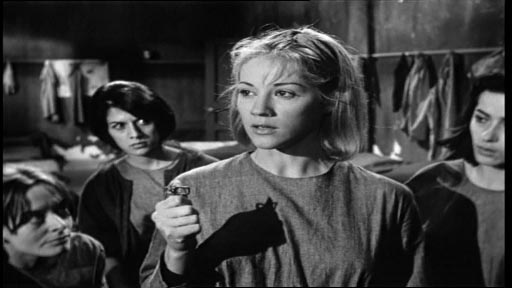 There’s a slight edginess to Stefania’s story which sets it apart, but not very far apart, from your traditional 1930s prison melodrama.

Not unlike Ann in So Evil, So Young (1961), Stefania (Zoe Laskari) at first seems very much out of place in the girls’ reformatory to which she’s been sent. She carries herself in a way that suggests that she’s a cut above the rest. She’s blonde and middle class. But as out-of-place as she may be, she also has a sultry poutiness which suggests… well, sex, quite frankly.

It’s a while before we understand what she’s in for. Her mother was sick, you see, and being cared for by a handsome young doctor, Giorgas, who would flirt with Stefania (who, a bit troublingly, must have been 16 at most). Then her step-father, Manos, catches sight of her in her underwear and loses all control. We brace ourselves for an unpleasant rape scene, but Stefania willingly surrenders herself to him and it becomes equally as uncomfortable and tawdry. Later, on a whim, she decides that her affair with her step-dad is wrong, and she retreats to the arms (and bed) of a young suitor. And his friends. And wealthy customers of the department store in which she works. Her new friends set her up in an apartment of her own – until the Vice Squad calls and she gets thrown in jail, at 18, for what in my day would have been called being ‘in moral danger.’ A prison guard more bluntly observes that she’s in for being ‘a prostitute.’

Soon after she arrives in the reformatory, which differs from most juvenile prisons in films in that at least one or two of the inmates appear to be under 25, Stefania is sent to the doctor.  Oh dear; it turns out to be Dr Giorgas. The internal examination is awkward, but they remain on speaking terms. Indeed, Giorgas gets Stefania to act as his assistant – until she writes to him, telling the true story of how she came to be in jail, and he flees.

Stefania has a dark side. She’s a little more spirited than your average middle-class novice, throwing a mop in the face of one of the female guards and being shamelessly coquettish with a male guard, Armandos, and a delivery man in the hope that she might exploit their lust and escape. But when all the girls riot (and two escape) in protest at the refusal of the same female guard to allow a prisoner suffering gynaecological distress some rest, Stefania refuses to join in. Not at all unlike So Evil, So Young, it must be said.

Her mother dies. It’s sad, but happily Dr Giorgas has a rethink, and is back, offering to marry her and rescue her from the reformatory. She accepts. They wed. She is released… but as she steps out the gate into blossom-scented freedom she is literally chased by a rampant, testosterone-charged Armandos. Let’s just say it doesn’t end well.

As a prison flick it’s entertaining enough. It features a pretty standard movieland juvenile facility; few juveniles, stereotypical guards and warden, staff who work 24 hours a day, and odd security systems that include  barred gates that are always unlocked and unlocked doors that open out into insecure areas. It really does have the feel of a tragi-drama of several decades earlier, but it gets bonus points for resisting the temptation to portray Stefania simply as an innocent and to resign itself to a happy ending. 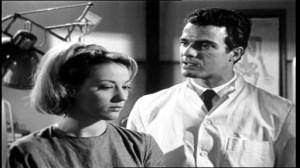 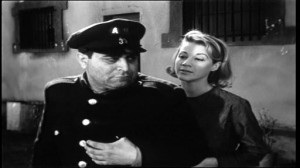