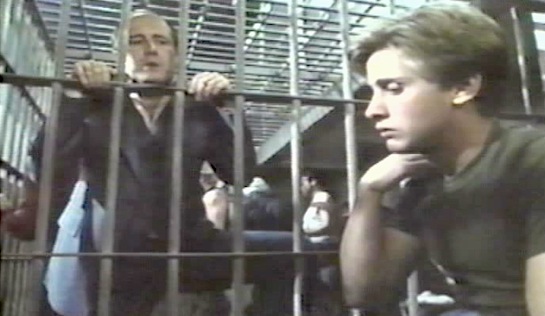 There are many movies about juvenile prisons; far fewer about juveniles in adult prisons. This made-for-TV film claims that an estimated 479,000 juveniles were placed in adult jails across the US each year; other sources suggest that the figure on any one day was then around 5,000. If the purpose of the film was to draw attention to this issue and bring about a reduction in the numbers of youth in adult jails, it does not appear to have succeeded. With violent crime committed by youth on the increase, almost every US State subsequently passed laws making it easier to lock up young people in adult facilities.

This is one film where a father and son playing a father and son works. Emilio Estevez plays Danny Caldwell, an immature, hot-headed, 16-year-old with attitude and no insight into his behaviour. His father, Martin Sheen, plays his father, Frank, a hot-headed, unlistening adult with no insight into his behaviour. Danny is in every way his father’s boy, though he doesn’t know it.

Frank has been without a job for 9 months, after the mill where everyone in the town worked closed down. Danny’s girlfriend’s family is moving to Indiana and school appears to be something to be avoided. Danny’s mother, Sandy (Jane Alexander), is the sole breadwinner, which is an affront to Frank’s masculinity. Everyone is a little under pressure, a little tense, and flare-ups are inevitable and routine.

Danny starts drinking and hooning with his mates. Horribly drunk one evening, he takes a car and crashes into a police car. He is arrested and charged, but when the Police call his parents to come and collect him, Frank tells them to leave him in jail for the night, hoping that it might teach him a lesson and straighten him out.

It’s a busy jail. Danny is kept separate from the adults, but is lured over to the next door cell where a middle-aged man tries to hit on him. Danny responds by smashing the man’s head against the bars, fracturing the man’s skull. He is charged with battery offences.

From there, things go from bad to worse. He is isolated for his and others’ safety, and can’t handle it. At his court appearances, further detention is seen to be necessary because of his fresh charges, delays in reports being submitted by overworked probation officers, and then the absence of his father (who goes to Ohio, chasing a job offer) from the family home. He’s given a chance to socialise with others in the jail kitchen, but finishes up assaulting an adult inmate who challenges him about his attitude. He is a petulant, angry, crazy mess.

Throughout, the jail’s Warden, Albert Caruso (Kenneth McMillan), takes an extraordinary (and atypical, I’d suggest) personal interest in him, even carrying him from the pokey after he was placed there following the kitchen incident, and being at his bedside in hospital after he cuts his wrists. “What do you care, anyway?” Danny snarls at him from his bed. He can be a little aggravating, a little unlovable.

Finally, the Police drop the other charges and he is released after 40 days in jail. He is a changed boy. He goes to his new home in Ohio (a lot can happen in a month) a shadow of his former self, and is shown his new bedroom, which features a rather startling barred door – a not-so-subtle reminder that his jail-time will continue to haunt him.

It’s a patchy film. Estevez’s and Sheen’s portrayals of angry men (and of parents’ worst traits being visited upon their children) are often very good, and the film shows enough of Danny’s unpleasantness for the viewer not to feel too sorry for him, despite his youth and mental disintegration. It also bravely refuses to have Frank accepting too much responsibility for condemning his son to that first night in jail; true to type, he remains resolutely of the view that it was not his fault, but the system’s. But the drama is a little overblown at times and the final scenes, in particular, undo much of the good work through courtroom speeches from both parents that make explicit, in a politicised way, the plight of children in adult jails that you would hope the intelligent viewer might already have deduced from the story.

But while it strongly advocates for the removal of children from adult jails, it also shows some of the complexity in making those decisions and in managing young people in prison – particularly where the young inmate continues to display anger, violence and little self-control.

Not a pretty film and, at times, a surprisingly layered one. 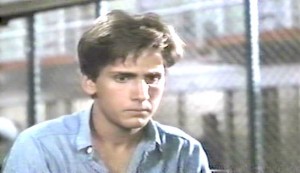 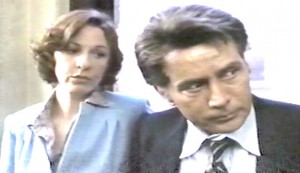 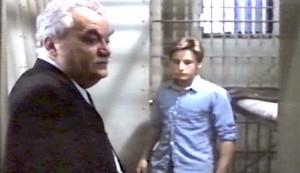 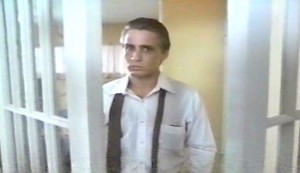