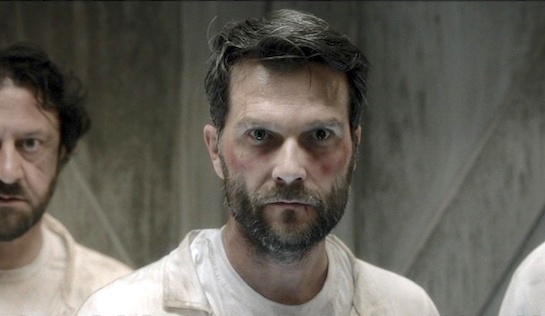 So… In a rare show of unity, all the world powers agree on imprisoning and torturing six men suspected of being members of the terrorist group Wolf Pack, which has claimed responsibility for the bombings of Big Ben, the Colosseum, and the Taj Mahal, just to name a few. It’s agreed that they will be detained in a top secret black site, in order that they might be interrogated to give up the name and the whereabouts of their leader. Rather than find some non-partisan and accessible part of the world in which to locate their prison, they set it up on a space station and leave one erratic British man, on his own, in charge of, well… everything. Makes perfect sense.

The film (not quite) opens with three people heading towards that prison, known as ‘The Hammer’, in a gravity-modified spaceship made for pressure-suitless living: the pilot, Bridges (Aaron McCusker), whose job is now so automated that the refers to himself as a ‘tugboat pilot’, Reiser (Scott Adkins), a CIA man with some fighting skills, apparently, and the idealistic Dr Stone (Michelle Lehane), a human rights advocate who has been engaged to conduct annual health assessments on each of the imprisoned men.

They dock at the prison and are met by Kingsley (Lukas Loughran), the architect of the security systems who has managed to get so offside with all his colleagues that he now runs the prison entirely on his own. From the control room or bridge, he remotely taunts, feeds, interrogates, attends to and tortures the suspected terrorists, who have each been confined in The Hammer for five years; routinely filling their cells with gas, and death metal played really loud. He hasn’t, seemingly, stumbled on playing a continuous loop of Bucks Fizz for enhanced results. He thinks that one of the six, Argun (Vahadin Prelic), is finally weakening.

Argun is, coincidentally, the first of the prisoners whom Dr Stone sees. The consultation is cut short, but not before Dr Stone has observed his “burns, cuts, bruises” (which she discerns even though he never removes his clothes to reveal them). She is outraged. She uses her swipe card ostensibly to return to the treatment room, but sneaks in to Argun’s cell to obtain the records he claims he has of the torture he has been subject to. Oops. Bad move. He takes her hostage, frees the others (who, up to that point, are not even aware that they are held together, or that they are in space), and they celebrate their reunion by first exacting some physical revenge on their tormentor, Kingsley. Which they seem to enjoy. For men who have been confined to a small cell for five years on limited rations, they all appear extraordinarily well fed and fit. Although their bones will be brittle, Dr Stone tells us.

On the journey to see who will triumph, how many ingenious homemade weapons can inflict maximum harm, whether the terrorist Idris can succeed in turning the ship into a missile aimed at Russia for which the US or Britain will get the blame, and who will make it back to Earth alive in time for WWIII to start, there are some surprising touches.

It transpires that the CIA has known for some time that Argun is the Wolf Pack’s Alpha, and that Dr Stone has been brought along knowing that she will blow the whistle on the operation and try to get it closed down. It turns out that Argun was just pretending to weaken, to divert Kingsley’s attention away from his more vulnerable subordinates whom he didn’t know were locked up with him. Adkins, as Reiser, even gets to play someone who might not have our full support in everything he does, and Dr Stone, whose foolishness and lack of security awareness has gravely jeopardised the safety of everyone, might yet be more than the bleeding heart who now needs the men to rescue her and save the day.

Finally, and significantly, much credit must be given for resisting the standard temptation to create romantic frisson between the two people who are least likely to friss on with each other.

It’s not a great film. It’s low-budget, pragmatically-challenged and, I’m told, the fight scenes aren’t much chop. But it does have those slightly redeeming features. 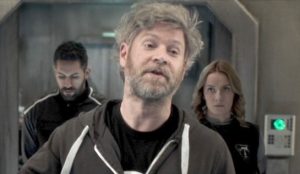 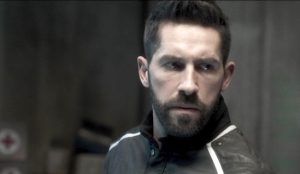 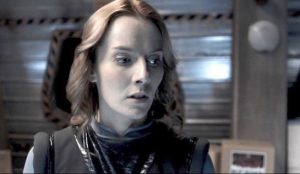 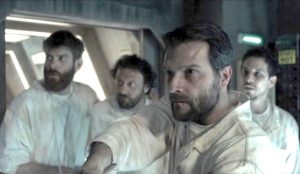 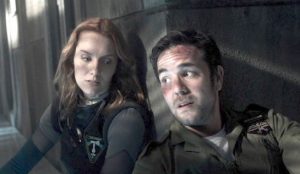 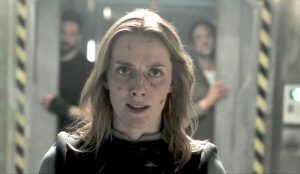