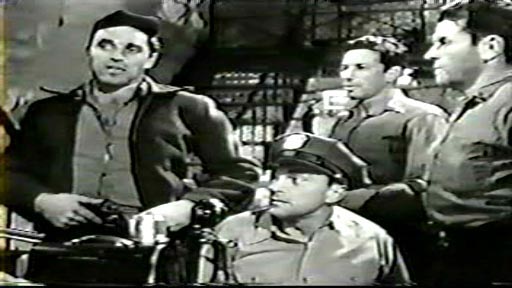 It has just about everything, this movie with prison reform at its rather smug heart – violent escape bids, papier-mâché dummies in beds, murders, a brutal Warden… And it’s the only prison movie I know where the prison itself does the narration, not unlike Mr Ed:

“I am Folsom Prison. At one time they called me Bloody Folsom. And I earned the name. I’ve been standing here in California since 1878. My own prisoners built me, shutting themselves off from the free world. Every block of my granite is cemented by their tears, their pain, and the blood of many men.” After alerting us to the fact that the story we’re about to see comes from an much earlier period (“not long after the turn of the century”, it says, notwithstanding the very 1950s uniforms), Mr Folsom informs us that at that time “I had within my walls 1,000 dangerous men, men that other prisons couldn’t hold. But I held them. If I couldn’t break a man’s spirits, I broke his bones.”

There are four intertwined stories that follow. The key player in each is Warden Ben Rickey (Ted de Corsia) – a hard, vindictive man from the old school. He’s not averse to taking on the prisoners one-on-one with his fists. He insists that they get fed beans three times a day, and just loves punishing the recalcitrants. He never takes a backward step. When he is taken hostage in an escape bid led by Jeff Riordan (Paul Picerni), he orders his guards (“trigger-happy morons”, the narrating prison calls them), to fire while a knife is held at his throat. His response upon the escape being thwarted is predictably swift and severe; he beats Riordan to a pulp and has the other ringleaders placed in cells with their cuffed hands suspended behind them – “[give ’em] six hours a day on the hooks!”

Enter Mark Benson, foisted upon him as his Captain of the Guards – and a university graduate who has new-fangled ideas about prison management. Rickey determines to let him try some reforms – to give him enough rope to hang himself. Benson proceeds to reintroduce some meat into the prisoners’ diet, and removes the banner forbidding the men to speak in the mess room. He shows an interest in the men, one of whom is Red Pardue (Philip Carey) who is approaching the end of a 5-year stretch. With his release date in sight, Red is told to accompany a guard outside the prison to buy explosives. As they are about to leave the prison, Pardue notices that a prisoner is stowed away in the vehicle and, fearing that his parole will be pulled, he alerts the guards. The escape is averted, but Rickey stoutly refuses to give Red the protection he now needs. He is killed, the day before his release. It is not the first time Rickey has consigned a stoolie to almost certain death in the yards; stoolies, like all prisoners, are dispensable.

This leads to the most compelling scene in the film, with Benson accusing Rickey of having murdered Red. But it’s not just Red’s death for which Benson wishes to hold Rickey accountable – it is the whole of the old regime’s treatment of prisoners. The film is decidedly on Benson’s side in the verbal joust; he is the standard-bearer for the new way and the prison’s self-congratulatory promotion of its new modernity…

Benson: “In your twisted mind a convicted man is no longer human – he’s a thing to be kicked around, to be thrown away. That’s how you show your courage.. by stepping on men who can’t strike back.”  Rickey: “Why, you phony reformer.. I face these cons, thieves, murderers alone, unarmed. That’s why they have respect for me.” “They hate you, Rickey.” “I had you figured right, Benson. Your psychology is just another name for weakness. It takes guts to run a prison.” “No, it takes brains. Brains and understanding.” Rickey has heard enough: “From now on, I run this prison my way.” “That’s the only way you understand. But there’s a change coming. A big change. Only you’re too blind to see it.” “Yeah?” “There are men in this country who are making a science of penology. Not weak men. Strong men. Strong because they’re right, Rickey. And before long the prisons of this State will be in their hands…  You’re dated, Rickey. You’re a back number. You have no fear of thieves and murderers because you think the way they do. You’re as much a psychopathic case as any man in here.” Stirring stuff. Rickey strikes Benson across the chops.

As Benson’s reforms are all systematically undone, a group of prisoners, led by Chuck Daniels (Steve Cochran) decide to escape. Daniels tricks the guards with a papier-mâché dummy substituting for him in his cell [foreshadowing the 1962 escape featured in Escape from Alcatraz (1979)], takes over the gun gallery [in a manner from which Six Against the Rock (1987) was later to borrow heavily], and takes guards hostage [à la Riot in Cell Block 11 (1954), amongst others]. His crew has the guards’ guns and some explosives, smuggled in from the quarry, but still can’t get out; presumably the Motion Picture Production Code wouldn’t allow a film which showed criminals triumphing. Those who aren’t apprehended manage to blow themselves up. Order is presumably restored, but not by Rickey, who dies attempting a heroic assault on the hostage-takers.

I will let the prison have almost the last word, from its final speech to the audience: “Today the picture is an entirely different one… [they gave me modern new buildings] but what is more important, they gave me a change of heart. Administrators who are merciful as well as just. Today, under the direction of an enlightened penologist, my guards are chosen by competitive examination and without political interference… My walls are still impregnable, but the prisoners inside them are treated as individuals, for what they are and what ails them. I am still overcrowded. There is still the evil of two men in a cell, but that will be corrected by legislation… [Prisoners] are given a chance to regain their self-respect. If they send you to me now, I’ll be just. I’ll be humane. But don’t get me wrong – I’m no pushover.”

If you ever come across a self-satisfied, talking prison, just ignore it… time may well wipe the smile off its face. 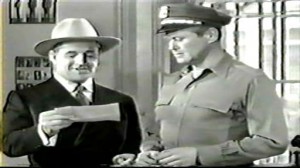 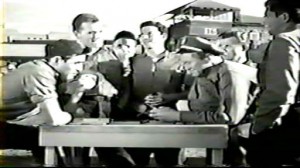