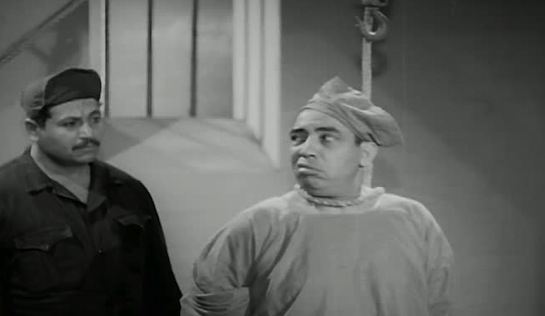 Ismail Yasin had the sort of celebrity in Egypt that allowed him to make 15 or more comic movies with his name in the title, plus scores of others. This, it seems, wasn’t one of his best. Nor does it have a great deal to do with him being in prison, notwithstanding the title.

Mahmoud Abdel Samie (Yasin) is a harmless, portly, slightly bombastic court bailiff. He has his pocket picked on his way home from work, and with it his monthly pay-packet. Unable to pay the rent, he approaches one neighbour, Tawfik, at the club where he is a waiter, and seeks to borrow money from him… downing several whiskies in the process. He returns home drunk at 3.00am, grabs one of his wife’s bracelets, and ventures over to see his landlord, Shafik, a jeweller, offering to pawn the bracelet for the rent money. Shafik thinks he’s being robbed, calls for the Police, and Mahmoud tries to stifle his cries. Shafik collapses, dead, and – after the obligatory farce as Mahmoud tries to hide the body – the good and decent bailiff is charged with murder.

Almost immediately, Tawfik sleazes in and tries to encourage Mahmoud’s wife, Fulla (Maha Sabry), to treat her husband as a lost cause and switch her allegiance to him. She is, however, a thoroughly respectable woman and remains very loyal to Mahmoud… although she does agree to Tawfik’s suggestion that she becomes a singer at the club where he works, despite having no experience as a singer. She is of course hired immediately, and as a result we are required to endure several musical interludes. The money she earns, accompanying the belly-dancing owner of the club, allows her to not only pay the rent, but pay for a lawyer for Mahmoud as well.

The lawyer ultimately makes little difference. Despite Mahmoud’s loud protestations of innocence, he is promptly found guilty and sentenced to hang. We see little of him in jail, other than him lounging about in a shoddy prison set, acting wounded and spoilt and taking the high moral ground. As he is innocent and sentenced to hang, he feels entitled to treat the prison guards as his lackeys; an attitude for which the guards show remarkable tolerance. When he learns of his dutiful wife’s new career and efforts to keep him out of jail, Mahmoud is similarly less-than-gracious: “You’re a singer and I don’t like my wife’s voice exposed to men,” he admonishes.

The plot then hinges on two convenient coincidences; a customer at the nightclub, Farag Sharaf, who also fancies Fulla, presents her with her own bracelet as a token of his esteem (he having burgled Shafik’s house after he died), and Mahmoud’s executioner turns out to be a witness whom he had earlier ejected from the court, and who is now intent on vengeance. However, with the noose around Mahmoud’s neck, the trapdoor mechanism fails… for just long enough to allow his pardon to be conveyed to the executioner. He walks free, “the real murderer having been found” (presumably it is Farag who will be charged with the murder, which he didn’t commit either, a fact which seems to trouble no-one).

And then, as though it were a 7-year-old’s school essay, we discover that it was all a dream; Shafik is alive, Fulla was never a singer, and Mahmoud is running late for work. Ho hum.

You may have surmised that I found none of this is particularly funny, and there is as much padding as plot; the songs and belly-dancing scenes go longer than those of Mahmoud in prison, and there is another scene of Shafik’s young daughter and an even younger boy earnestly talking of their love, which just rounds out the entertainment: slapstick, belly-dancing, singing and cute kids. All it needs, really, is a kitten for the full deal.

Sensing that the film is labouring under the weight of too much face-pulling and an otherwise ponderous humour that makes too few demands of the viewer, the producers of the DVD I watched try to enliven it by sporadically running the subtitles several seconds before the action. Sadly, it doesn’t help. 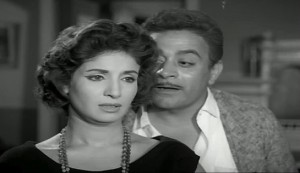 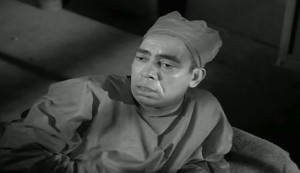