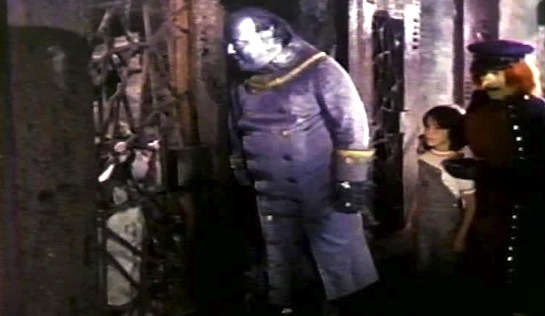 Is this any less of a prison movie because it concerns a prison for children as imagined by a child? Possibly.

Jacob Two-Two hates being the youngest in the family. He’s excluded from everything and has to repeat everything twice (hence ‘Two-Two’), because no-one listens the first time around. When he’s allowed to go to the shop all by himself to buy some ice-cream, the shopkeeper and a policeman tease him, threatening to charge him with poking fun at an adult. Thinking he’s in trouble, he runs away and buries himself under some leaves in a park, where he imagines being tried and convicted by a child-hating court and then being hauled off to a child-hating, fairy-tale children’s prison.

The prison is on Slimers Island in The Land of Smog, virtually obscured from view from the shore. He is escorted there by two jail officials, Mistress Fowl and Master Fish, and is soon introduced to the Warden, the Hooded Fang (Alex Karras), who purports to harbour a hatred of children – a result, it seems, of a child laughing at him as he was at his scariest during a wrestling bout… and after which, no matter how hard he snarled, everyone laughed and no-one took him seriously.

There are plenty of grey-looking kids in the prison; deprived of sunlight, forced to work underground, and treated badly (but not badly enough to scare a young audience). Luckily, Jacob draws upon his resourcefulness and cunning to mastermind his escape (and that of his fellow prisoners), in which he is sprung by his super-hero siblings.  And in the process of which, of course, he no longer needs to say everything twice to be heard, all the meanies naturally get their come-uppance, the Hooded Fang (who desperately wants to be scary) is revealed as a bit of a softie… and Jacob gets to drop one of his Twos.

Does it work as a metaphor for real adult incarceration? In some ways, it does. You need to look no further than The Smog, keeping all that goes on in the prison from the public gaze: ‘out of sight, out of mind.’ Or the prison’s prize-winning guard, Mr Fox: an expert at mind-games, who delights in dashing children’s sense of achievement by mixing jigsaw pieces from different boxes. Or, more confrontingly, a prison full of sad, institutionalised kids who don’t seem to need to be there; with no brattish behaviour in evidence at all.

In some ways, the biggest thing that sets it apart from most adult prison movies is the happy ending. 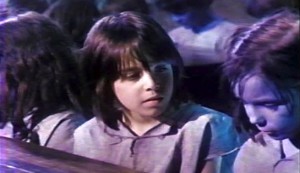 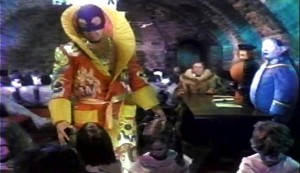