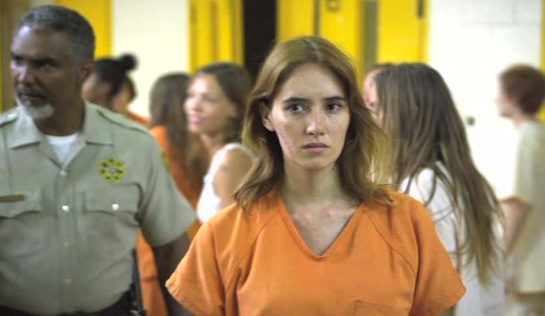 There is not much that can be said for this other than that it is a singularly distasteful, exploitative film.

17-year-old Anna Nix (played by the almost-30-year-old Sara Malakul Lane) is studious… and a gifted cellist, of all things. She kicks her drunken stepfather away as he is attempting to rape her for the umpteenth time, and accidentally kills him in the process. Her mother testifies at trial that he would never have abused his step-daughter, and Anna gets 4 to 9 years for involuntary manslaughter, to be served at the maximum-security Rendleton Youth Correctional Facility.

In prison she is subjected to as many hackneyed tribulations as you can cram into a desperately unimaginative script. She wants to be left alone, but is pressured by the leader of the Low Riders gang, Kody (Erin O’Brien), to do its dirty work in return for its protection. Evenhandedly, she clashes also with the leader of the African American gang. She is bashed for ‘disrespecting’ Kody and is encouraged by a nurse to speak to Warden Frank Baragon (Steve Hanks) about her treatment, but he demands sexual favours from her in return for his protection.

She is unable to arrest her downward spiral. But then, after her attempts to withdraw from the drugs and separate herself from the prison politics have both proved patently unsuccessful, she seizes upon an opportunity to expose the Warden’s corruption in order to win an early parole.

Jailbait is neither the first nor the nastiest exploitative WIP film and, sadly, will not be the last. But such films ought not be encouraged. 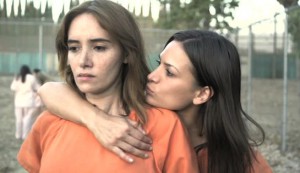 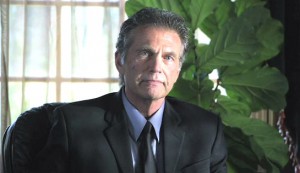