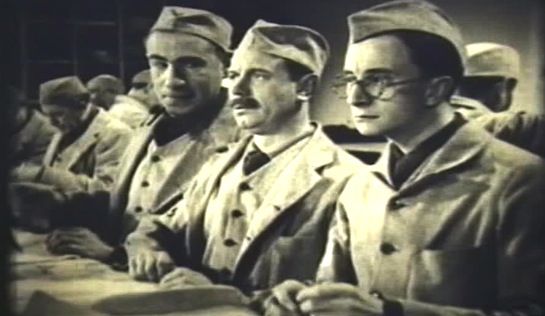 I must be getting old. A prisoner ladles porridge into the prison Governor’s hat, with inevitable results; the prisoner escapes all punishment, and rather than be troubled by this, I simply put it down to comedic licence. Who knows; I may soon embrace action movies.

The porridge-tipper is Bill Smith (Albert Burdon), a chirpy but annoying little man, the court having found in favour of the latter descriptor; when he appears on a charge of being two years in arrears on his rates, he manages to get the court sufficiently offside with a rant about justice that he finishes getting two months in Dartwood Prison for contempt.

Maybe it’s this talk of escape that excites them, but with a solitary week to go before their sentences expire, Bill and Nick carry out a daring escape, posing as two women who are about to give a concert at the prison. Well, they hardly escape; the prison Governor, Colonel Pepper (Shaun Glenville), is rather taken with both of them and they head out the gate with him in his own car.

There are of course shenanigans while they are at large. They narrowly evade capture. Spike manages to escape through his wall and gives Nick a hot diamond necklace to mind. Nick, who is working in a bakery with Bill, hides it in some dough, which Bill then sends off to the ovens. Bill’s daughter Mary falls in love with a Police detective, Bob, who recognises Bill and is about to arrest him when Spike drops round to retrieve the necklace from Nick – which fortuitously appears in a loaf of bread in the Smiths’ kitchen.

Bob is quite happy to arrest the dangerous Spike instead of his prospective father-in-law, and Bill and Nick decide to break back into the prison. They put on false beards and pretend to have been left in a cell without food or water for more than a week, and then blackmail Colonel Pepper to give them money to stop them reporting that they’d been held in custody beyond their release dates.

The plot has more holes in it than a colander, like how Bill and Nick left so little behind in a non-sewered cell, or what the prison might make of a ladder up against the wall when the two men broke back in. And it’s full of slapsticky comedy – and scenes in drag – that I normally find tedious, yet here didn’t find to be too offensive (perhaps because Hawtrey plays such an excellent woman).  I am getting old. 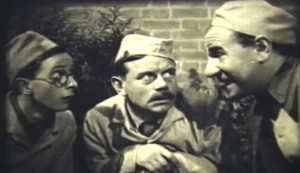 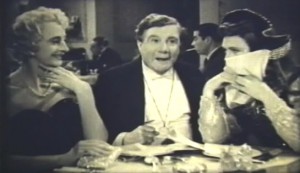