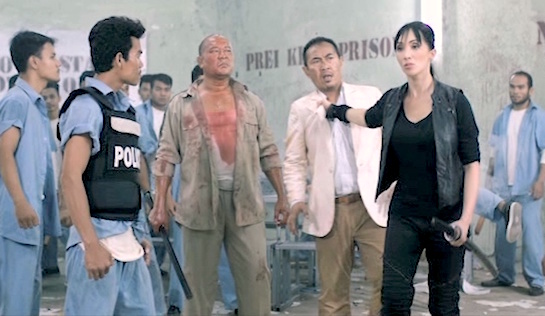 This is the first Cambodian film (let alone prison movie) I’ve seen, so this is unfamiliar territory and ‘jailbreak’ might have a different meaning to a Cambodian audience. The prisoners here riot, are liberated from their cells, kill each other, kill guards, cause mayhem… but don’t break out of the jail, unless I missed something. I’m prepared to accept that something got lost in translation.

It’s also the first bokator fight film that I’ve seen. Not only does the the film showcase this ancient Khmer martial art, if you took out the fight scenes, there’s not all that much left.

The plot is pretty simple. A crime figure and presumed leader of the Butterfly Gang, Playboy (Savin Phillip), is sent to prison for a long time after being convicted of murder, extortion, and other gangstery things. But he is not made of stern stuff, and threatens to expose the true leader of the Gang. A crack Police team – two men, Dara (Dara Our) and Socheat (Dara Phang), and a woman, Tharoth (bona fide mixed martial artist Tharoth Sam) – is given the task of escorting Playboy to the Prei Klaa Prison and ensuring that he is safely deposited therein.

The true leader of the Butterfly Gang (Céline Tran, in a former vocation known as French porn star Katsuni) has other ideas; she wants him silenced. She engages prison heavyweight Bolo (Siriwudd Sisowath, a member of Cambodian royalty, apparently), for the princely sum of 200,000 riel, and has a frothing pill smuggled in on a visit to him. Bolo promptly feigns an epileptic fit, overpowers guards, killing one, grabs weapons and keys, lets all the prisoners out of their cells, and goes on the hunt for Playboy – fairly dispassionately, it must be said, but exhorting his followers to kill everyone as they go.

The Police escorts and the French Cambodian Inspector Ly (Jean-Paul Ly) are trapped in the middle as mayhem erupts. They (nearly all) stay true to their mission: to keep Playboy safe. But at every turn the Police officers, ably assisted by a lone prison guard, Vuthy (Tara Vy), come across rampaging prisoners outnumbering them five or more to one. The good guys use their sublime bokator skills and leave defeated prisoners piled up in every corridor… only to immediately come across another group of rioting prisoners, or a super-humanly powerful cannibal, aptly called Cannibal, or the homicidal, less-aptly named Suicide, or the desperado Bolo and his crew.

With prisoners continuing to be stacked up (it’s never quite clear what happens when all those unconscious prisoners come to) and Playboy still alive, Madame Butterfly loses patience and waltzes into the prison (how, is again not clear), armed, naturally enough, with a giant sword. She is of course pitted against Tharoth, who is exhausted from the constant beatings she dishes out and occasionally being beaten up herself. This is not your standard prison catfight. Anyway, Madame B is ultimately able to track down Playboy herself, and the heroic Police largely get through unscathed, as you’d expect… although that’s not the end of the story.

Pree Klaa is such a modest prison that it has to have its name painted on many of its internal walls to remind itself of its identity. It could easily be seen to lack the sophisticated security systems of most western jails, yet it manages to securely contain all the prisoners who have seized control of it (maybe they are disoriented by the profusion of identical cellblocks and corridors), while at the same time leaking access into the prison (with Madame Butterfly and her gang members, all of whom are female and glamorous, gaining entry, seemingly unchallenged. With sword.)

There is a lot of sustained, hand-to-hand combat. The odd PR24, the odd baton, the odd wooden stake with nails in it, the odd shank. If you don’t get sick of watching one man (or one woman) take on ten, and win, you might enjoy it; otherwise, you might be left crying out for some firearms, or some tear gas, or a taser, or even some back-up for the beleaguered coppers, to resolve matters more swiftly.

If there is a fight fantasy sub-genre of prison movies, this would be first in line. 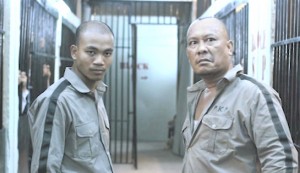 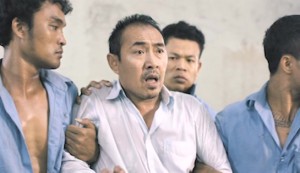 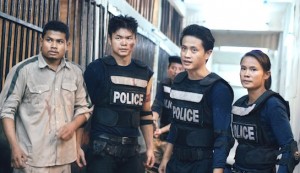 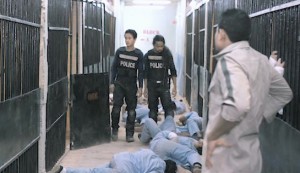