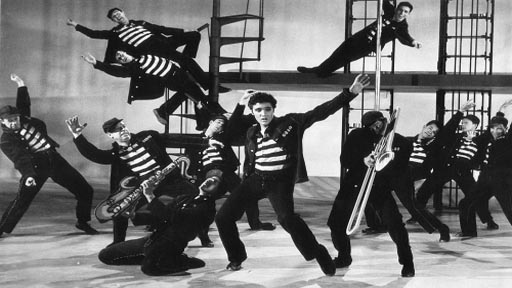 It is said that this is the best of the Elvis Presley films, which in itself is a worry.

Elvis plays Vince Everett, who goes to jail after hitting a bloke once too often in a bar-room fight and getting sent down for manslaughter.  There he shares a cell with another con who used to be a country singer, the jail hosts a nationwide TV show which exposes Vince to the world and convinces him that he can sing, and the rest is sort of history once one rejection and some dishonourable record company conduct is out of the way.  But as an Elvis vehicle it is odd. He is petulant, rude, arrogant, hot-tempered, puerile, ungracious and ungrateful for 90% of the film, and yet the main female lead, Peggy (Judy Tyler) chats him up, markets his records, quits her job for him, and persists with him.  A brooding James Dean or Marlon Brando he is not.  And even his singing’s not that good – apart from the iconic title track, the rest of the songs are a bit ho hum.  And the prison scenes?  Good for a laugh, and a good selection of prison clichés – the reception interview with the warden, Vince learning how the prison economy works and the rules about top and bottom bunks.  And to top it off, a number of opportunities to show Elvis sans shirt: shovelling coal and then getting whipped after he punched a guard in a mess room riot. 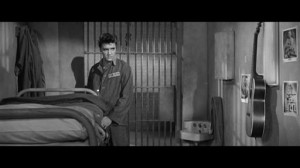 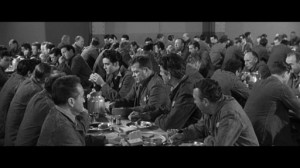