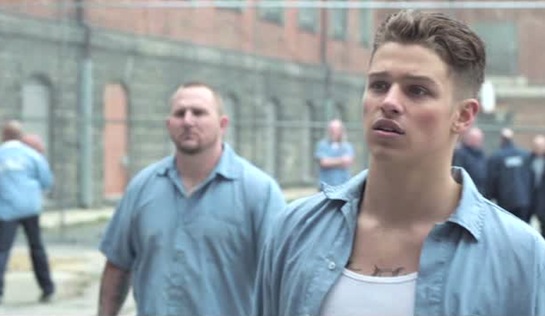 “And I don’t think I let the people in my life down by making the wrong choices. I think I let them down by convincing myself I never had a choice to begin with.”

So says 18-year-old James Burns (Spencer Lofranco) at his parole hearing. His friend (of sorts), Chris (Ben Rosenfield), a first-time car thief and a walking target in an adult prison, had not long before had his sentence extended by six years by the same board – after being the victim of a stabbing. But James’s moment of insight leads to him getting parole – notwithstanding his history of institutionalisation, his record of drug running, assaults and firearms use, his unresolved anger and his inability to stay out of trouble in the four or so months he has been in adult prison. Go figure.

Yes, we see glimpses of the decent kid that might lurk behind the tough exterior – a phone call to his struggling mom, him rushing to protect Chris when it would have been easier to not get involved, a romance with a shy girl, Sarah (Taissa Farmiga), whom he meets while she’s minding her father’s liquor store which he may or may not rob. Oh, and he writes poetry. Still, I’m not sure that one nice, eloquent speech would ordinarily be sufficient to cancel out a record of the type of which Jamesy Boy boasts.

The film’s action alternates between his burgeoning criminal activity and his travails in prison. Despite the efforts of his mother (Mary-Louise Parker) to get him accepted into a mainstream school, Jamesy Boy at 14 is not so interested in mainstream anything and is very easily seduced by a very wrong crowd. He starts running drugs for a local hood, Roc (Michael Trotter), and is brave, reckless and greedy.

In prison, too, he’s not one to take a backward step and he finds himself in trouble again and again. Well, in trouble. But friendship with two fellow prisoners helps him turn his life around. The first is Chris, the dorky, vulnerable young man who Jamesy Boy feels bound to protect. But it is to little avail; Chris is repeatedly the victim of brutal attacks, receives a ‘Dear John’ letter and then, despite wearing a shank meant for Jamesy Boy, gets his sentence extended by the revocation board… to which he responds by spectacularly taking his own life, to the amusement of his tormentors. James is furious, justifiably, at both Chris’s abusers and the system that failed to protect him. His death leaves its mark on him.

The other influence on his life is Conrad (Ving Rhames), an older lifer who encourages him to see that it takes no courage to commit yourself to a life in prison. “I’d give every limb I got for a 1% chance at a real life,” he tells the younger man who is revelling in the dog-eats-dog world of prison. He emphasises his point with his hands around Jamesy Boy’s neck. And also leaves his mark… so much so that James fronts the parole board with a different take on his past and his future.

There is a real James Burns on whom this film is based. He is a poet, artist, filmmaker, and survivor of five-odd years in maximum-security (in both youth and adult prison). He returned to the community at 19 or 20, and would seem to still be doing well. His story is marketed as inspirational, and he is the first to note that it has been very different to many others who have been “lost in the system.”

It’s terrific, of course, that he’s been able to break out of the cycle of crime and prison. I’m just not sure how it inspires others, how others learn from his story. Do they keep a secret poetry journal? Do they seek out and befriend solitary lifers in the exercise yard in the hope of wise counsel? Do they act with little self-control both in and outside prison, and put their trust in being able to sway the parole panel with a few smooth words?

Maybe those lost in the system would find it inspirational to know that there are choices to be made. I doubt it. The people that this movie will ‘inspire’, I suspect, are not those who can learn from James’s story but those who are comforted by the knowledge that unpleasant people can redeem themselves. I guess that’s not such a bad thing, but it doesn’t necessarily make a powerful message or a good movie. 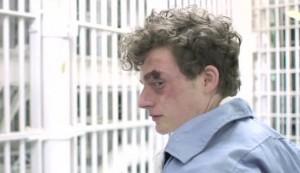 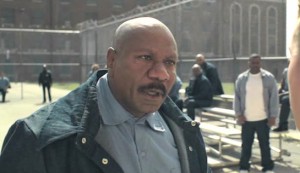