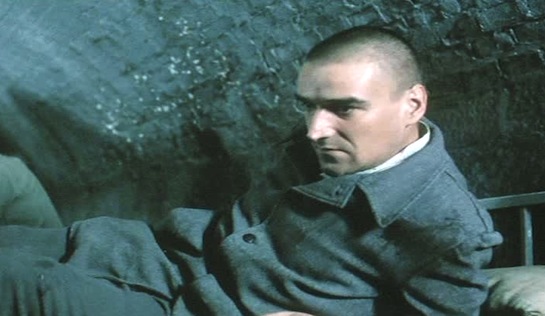 If you’re looking for some light entertainment, this is probably not the film for you. At one level it’s a story of an intelligent first-time prisoner battling to survive in a harsh prison. But it’s much more besides.

It’s May 1981 and Martin Pavlovi? (Milan Pleština) is celebrating. He has just won a promotion, and it’s also his 29th birthday. He goes out with a couple of friends and after dinner kicks on to a club. There he remonstrates with a man who is repeatedly assaulting his girlfriend, and soon finds himself looking down the barrel of the man’s gun… and holding a gun himself that he has wrested from one of his drunken, drug-affected mates. He fires three times, killing the man instantly. He is later found guilty of murder and sentenced to 12 years in prison. He knows that he has killed a man but still goes to jail feeling that he’s innocent, somehow.

Martin’s story is told by Emil Imamovi? (Milivoj Beader), who lands in prison with him on his first day. Emil immediately tangles with the head guard, Branko (Dejan A?imovi?, who also wrote and directed the film). Branko is a fearsome man who liberally applies his baton when upset… and is very, very easily upset. From that initial confrontation, Emil’s role is essentially that of a detached bystander.

Branko is not a bystander. He provides the most tangible representation the brutality of the prison; he is chief enforcer in a regime that shows no tolerance for divergence from the authorised path. He has one prisoner beaten for sitting down while others work, beats another for being the lookout for a craps game, and orders the beating of a dissident who refuses to sing a patriotic song honouring the late Marshal Tito: “We swear never to sway off your path.”

Together, Branko and the prison would also seem to symbolise the political climate in Yugoslavia at the time. Soon after Tito’s death in May 1980 new cracks in his unified nation emerged and old ones widened, but in this prison, at least, there remains little room for swaying off the old path; prisoners are ordered to sing those songs of allegiance, listen to speeches extolling Tito’s virtues, and to live in gratitude for his legacy. Sadly, in the dank, corrupt, barbarous world they inhabit there doesn’t seem to be a huge amount for which to be thankful. The prison regime, in which grey uniformity is promoted and individualism discouraged, is stultifying and debilitating. Parallels with the country’s socialist republics, uneasily unified under Tito, are readily drawn – if not invited.

In this harsh environment Martin fights to hold on to his identity as others around him fall by the wayside; one beaten to death after attempting to escape, gang leader Slaviša (Ivo Gregurevi?) murdered… “It’s strange how death becomes a regular event,” Emil says. “You become so dumb that every compassion for others is gone.” And that is before two other prisoners, including Martin’s good friend Luka (Ljubo Ze?evi?), are shot and killed in a dramatic escape bid – in which Luka also fatally stabs Branko, to whom he was once close, it seems, as a final act of defiance.

And then, a ray of hope. Martin chances upon a fellow prisoner, a junkie, who used to supply drugs to his former workmate, the one from whom he took the gun on his birthday. The story the junkie tells allows the possibility that Martin was set up; that as Martin was on the verge of exposing his friend as fiddling the books at work, his friend wanted him out of the way and that it was he who was the intended victim. Maybe he was innocent, in a way, after all. The junkie agrees to give evidence at an appeal hearing. Martin consults his lawyer… but then finds that the junkie has died, overdosing after a medication cupboard is inexplicably left open. Martin can’t escape the feeling that maybe it was left open deliberately, and all hope is dashed.

With Luca’s death still fresh in his memory Martin joins the prison’s new kingpin, Davor (Božidar Oreškovi?), and a collection of other prisoners in a brazen attempt to win a decent burial for the two dead escapees and other concessions. The men take three new young guards hostage, and steal a revolver. The warden calls in the brass, Deputy Defence Secretary Rajic (Rade Serbedzija), who promptly agrees to the prisoners’ demands. The excited celebrations are still going as heavily armed police special troops burst through the door, round them all up and detain Martin and Davor as the ringleaders. As they do, Rajic grabs the public address system and bemoans the foreign elements that are committed to destabilising the institutions of law and order and the socialist community… and acknowledges that strong measures are required to restore order. “This problem, too, has been settled in a decent manner, peacefully and with understanding,” he tells the prisoners while Martin, Davor and a police commander lie dead on the floor, each murdered. Poignant.

Setting aside the political overtones, this is a prison movie that does a pretty sound job in conveying the helplessness of prisoners caught up in an ugly and brutal regime, and at the same time showing some of the humanity of prison life as the prisoners gamble, make grappa, and bribe guards to sneak prostitutes into the prison or look the other way when boxes of provisions are misappropriated. It has a political message, but in telling that story it doesn’t ignore the characters or the character of the people who live and work in what is a tough prison.

You’re unlikely to find this on any ‘Best Prison Movie’ lists, but it should not be under-rated. 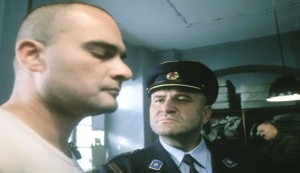 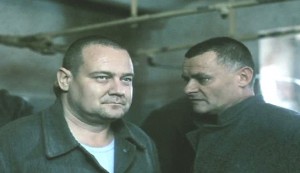 It’s suggested by at least one source that the film was shot at the old Stara Gradiška prison, but I’m not so sure.