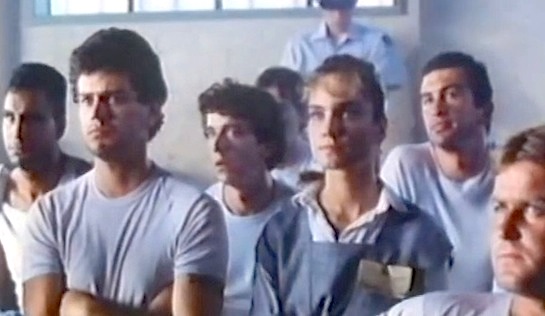 The daughter of a professor, Gabrielle Carey rose to fame as a 20-year-old when her autobiographical teenage surfie-girl novel, Puberty Blues, co-written with her best friend, Kathy Lette, was published in 1979. Within a few short years Carey and Lette had fallen out and had nothing to do with each other. Lette’s life trajectory was somewhat different to Carey’s; she was later to become rich and even more famous after marrying high-flying barrister and TV personality Geoffrey Robertson QC (whom she met in 1988), while Carey’s identification with the underdog was cemented when she visited Parramatta Gaol as a reporter in June 1979 and promptly fell in love with prisoner Terry Haley.

Haley had been serving a sentence for abduction and rape when he escaped in 1972 from Yatala Prison in South Australia. He had extraordinarily been let out to play tennis when he absconded, just 16-odd months after escaping in 1970 from the Cadell Training Centre, following which he had tied up and abducted a young woman from a remote farmhouse before being captured, after a gunfight, in the outback near the Birdsville Track.  He then picked up another long sentence in New South Wales for an armed robbery while on the run. He had been classified as an ‘intractable’ prisoner and had spent hard time in Grafton Gaol and Katingal after being involved in the 1974 Bathurst riot. Carey was permitted to go into Parramatta several times a week to assist a group of prisoners (including Haley) work on theatrical productions, and a relationship developed.

The relationship did not survive long after his extradition back to South Australia; Haley’s first parole application was denied by that State’s Parole Board upon his return there to complete his initial sentence, after which he would seem to have spiralled downwards rapidly… and then there was the burning of A Division at Yatala in 1983, which changed parole rules. Carey believed that the shorter time they were able to spend together in Adelaide did not allow them to support each other, and the relationship became harder to sustain. She left Adelaide and returned to Sydney in 1984, where she continued to advocate for him, but after five years the relationship petered out. “I’m still really, really attached to him, but I can’t afford to be as attached as I am… You can’t go on living on the edge of a precipice,” she reportedly told The Sydney Morning Herald before leaving for Ireland where, aged 24, she converted to Catholicism. At 27 she married a coffee worker in Mexico.

Just Us is the story of her prison romance, based on her 1984 book of the same name. 20-year-old journalist Jessica Taylor (Catherine McClements) goes to an open day in Parramatta Gaol (filmed at the Old Melbourne Gaol) to watch a debate and get background information for a story. She sits next to Billy Carter (Scott Burgess), a prisoner 11 years into what is effectively a 27 year-sentence and later seeks him out. Billy is reluctant to open up to Jessica at first, but she is intrigued and pursues him. Both are discouraged from getting too involved; his mates inside worry that he will start doing hard time and that she will soon tire of him and leave, and her friends  – or rather, friend, Cathy (Gina Riley) – is concerned that she will stupidly fall for him.

Which she does, of course. And she goes into bat for him, trying to prevent his pending extradition on the escape charge, and trying to have the sentences from the two States reset to run concurrently. Their romance is beset by setbacks; legal obstacles, the scuttling of their wedding (on the day it was to take place) after a last-minute call from the gaol to the Minister results in a decision to allow Billy out on day leave being overturned, and later the Parole Board in South Australia knocks him back on parole. Billy doesn’t have the resources to deal with it; he quickly reverts to his despondent, institutionalised self, threatening to burn the Yatala Prison down, declaring “It’s them against us!”, keeping a prison officer who was baiting him at bay with a knife… and it all becomes much too hard for Jess to keep the relationship afloat.

The film is an old-fashioned tragedy, as arguably the best opportunity to rescue a young man from a lifetime of deprivation and institutionalisation goes begging while the authorities each seek their pound of flesh (or maybe not quite that – perhaps 250g), and he is ill-equipped to deal with his anger, frustration, disappointment and crushed hopes. Instead, he wages war and loses any chance of a timely shot at a new life. It contains many scenes that ring true – from the not-so-subtle, guilt-laying pressure Billy places on Jess to get more heavily involved after she sends him a first letter, to her struggle to reconcile the man she loves and his rape offence, to the games played by disapproving staff who use their power to frustrate the lovers’ access to each other.

But some things troubled me. It might not have helped that I kept making connections to the real-life person on whom the story is based; McClements’ Jess is depicted as a dowdy, almost bookish figure – nothing like the livewire of Puberty Blues. Yet on her first contact visit, when she is ostensibly still cautious about getting in too deep, she departs from her sloppy ’80s look and wears a revealing backless dress. The prison officers, in both Paramatta and Yatala, are almost all portrayed as morally corrupt – not doubt reflecting Carey’s genuinely-held views. But two officers in two States independently try to wind Billy up by taunting him about the identity of his visitor, suggesting that she might be “some poxed up tart you raped [who has] come back for a bit more”. Really? I understand misogyny, but is it so common for prison staff who hate rapists to view victims in that way? And despite all their subversive efforts to keep them apart, the same regime allows Jess to visit Billy both as a personal visitor (enforcing rules which permit very little touching) and as part of the theatre group (where there is remarkably little supervision, allowing a good deal more than touching).

“There are screws and there are human beings and there’s a long way in between,” Carey says in her book. She spares little of the criminal justice system from such searing criticism, and is it pains to set out Haley’s awfully tough upbringing (which led to him being in one institution or another for all but one year from 9 to 33) in mitigation of his crimes. But discussion of those crimes is conspicuously avoided, showing a generosity and spirit of forgiveness afforded to no-one else. Love can be a little blind. Elsewhere, she is quoted as saying, “I’m not trying to say he’s innocent. But it’s the kind of thing the majority of men are capable of.” Hmmm. Her battles with the system leave her disillusioned and embittered. In the book she concludes, “I had been breast-fed a belief in justice – a sweet, creamy lie… Listen. There is no justice. There’s just us.”

And in this respect the film captures the essence of such relationships and the ‘us against the system’ mindset nicely; the thrill of embarking on a relationship that is safe (in that you don’t have to live with the prisoner), a bit dangerous and a bit noble… and the purpose that it can bring – advocating for someone who is constrained and relatively powerless.

It deserves a bigger audience than that which its limited availability ensures. 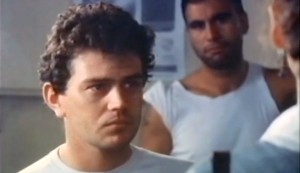 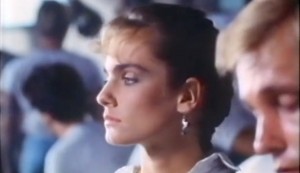