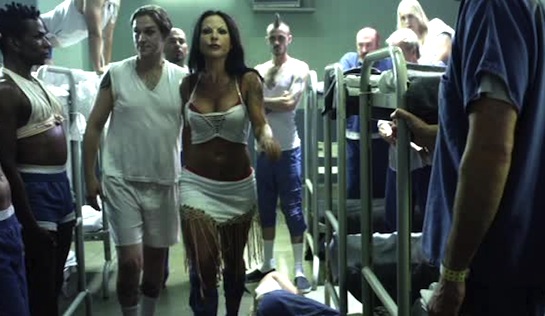 K-11 sounded to me like a submarine, or a lubricant. I hadn’t realised that it is a real segregated housing option for gay and transsexual men at Los Angeles County Men’s Central Jail, around which this drama is based. Loosely based, and with extra salaciousness, one hopes.

The story revolves around Beverley Hills record producer Raymond Saxx Jr (Goran Visnjic), who is brought into custody so affected by drugs and alcohol that he doesn’t know where he is or that he has been charged with the murder of one of his clients. Before he can get through the reception process, corrupt guard Lieutenant Gerald Johnson (DN Sweeney) – recognising his potential value as a cocaine customer – pays off another guard to have him placed in his block, K-11. Saxx doesn’t really belong there, but he is so sick with withdrawal that he might be very vulnerable anywhere else. As it turns out, there seem to be a number of others there who similarly don’t fit the K-11 bill but need a safe place to hide.

Saxx’s inauspicious reception is soon followed by that of Julio Ruiz (Kate del Castillo), a transgender woman known as Mousey, who is K-11’s undisputed house mouse, or queen bee, who has returned after just one week on the outside. Mousey runs the drugs and runs the dorm. She has a mutually beneficial arrangement with the crystal-meth-addicted Lt Johnson, who gets a healthy cut of all the drug trade and routinely has sex with the prisoners, some consensually. He’s not your most brilliant role model.

Saxx has to navigate his way around the politics of the joint and learn the jail etiquette, which is naturally foreign to him. He stands back, as does everyone else, as a massive child molester rapes a physically fragile transgender woman named Butterfly.  He watches as Mousey’s beau, Ben, locks horns with Lt Johnson over the size of their respective slices of the drug business. And he tries to get out of jail with some dignity, some respect from his K-11 colleagues, and the small amount of money not blackmailed out of him by his wife.

Sadly, much of the film’s difficulty is that its central character, Saxx, is neither likeable nor interesting; he is boring when he is as sick as a dog, and most often a passive bystander or spectator watching more interesting people. He is also a wealthy drug-soaked man who may or may not have killed someone. So, why would we care about him?

Lt Johnson is more interesting, though a ridiculous caricature. Mousey, all chutzpah and arched eyebrows, is considerably more interesting, but another caricature. Saxx is finally delivered from his boringness, but in a manner that smacks of a convenient way to end the film rather than one that is true to the rest of the plot.

It’s a gloomy depiction of prison life, where even the most vulnerable of prisoners arrange themselves into power-seeking, drug-addled hierarchies, and the guards are either unwilling or incapable of intervening or keeping people safe.

But I can’t wait to see the sequel: sex-fuelled shenanigans in the prison’s psychiatric wing. 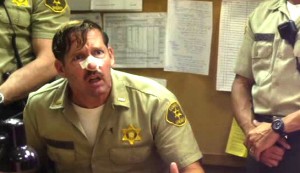 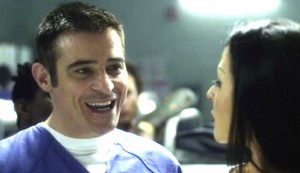