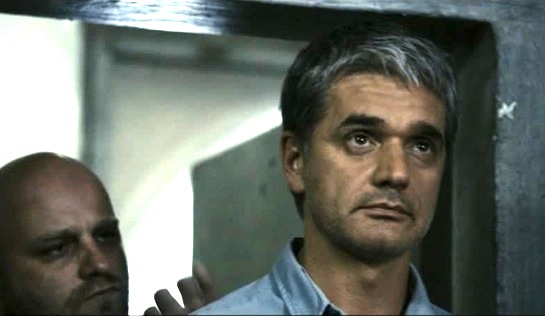 Ji?í Kajínek is the most famous prisoner in the Czech Republic. Some people think he’s innocent of the crimes for which he is serving a life sentence – the murders of a crime boss and his bodyguard, and the attempted murder of a third man. He is the only man to have escaped from the Mírov Prison, in 2000, which would seem to have led to legend status being bestowed upon him. Kajínek is loosely based around his case. It’s hard to categorise; it’s not a prison film, sadly, and more biographical murder mystery. It has some elements of a classic thriller, but one of which all Czechs, presumably, already know the outcome: Kajínek has not been exonerated and remains very much in jail.

Most of the action revolves around Klára Pokorová (Tatiana Vilhelmová), a youngish lawyer (based on the real-life Klára Slámová) who is fixated on Kajínek’s case, the reasons for which are not immediately revealed. But her efforts to win Kajínek’s confidence, and win him a retrial, are frustrated by her partner Honza Doležal’s complicity in the whole affair (he was Kajínek’s defence lawyer at the the original trial), and some wilful obstruction by a series of corrupt cops and a threatened and intimidated judge.

But if the prosecution case against Kajínek (Konstantin Lavronénko) has some major holes in it (Pokorová claims, for example, that there were cigarette butts at the scene – yet Kajínek didn’t smoke, and that the surviving victim, Klempár, was deliberately not finished off by the real killers so that he could be used by them to give false evidence against Kajínek), so does the film version’s defence of him. It might be fine for some of the people who knew too much, like ex-policeman Lej?ko, to hold on to some of the evidence (the cigarette butts) for insurance, but are we really being asked to believe that the alleged Mr Big of the whole show, Novotný (Vladimir Dlouhý) would retain incriminating tapes in which the fatal gunshots can be heard, rather than destroy them?  Or that these ruthless organised criminals would allow some who knew too much not to be disposed of until they have had the opportunity to cause major damage? It’s baffling. And baffling, too, that a retired official like Novotný can just wander into a prison to taunt Kajínek at any time he chooses. Then, maybe he’s just that Big.

The prison scenes (particularly if you exclude those in the visit rooms where Kajínek meets with Pokorová) are unfortunately brief and almost incidental to the main story – really all get to see is Kajínek and his mate Krizek (Václav Bárta) plotting escapes, the unpleasant guard Pakosta (Hynek ?ermák) spitting in Kajínek’s food, and, of course, the famous escape from Mírov.

But if Kajínek is a legend in the Czech Republic, it’s a bit hard to see why in this movie. Perhaps it’s because he’s played by a Russian, non-Czech-speaking actor, or perhaps he has just a daring escape and little charisma to offer us. It’s an intriguing story if it resembles the truth, and a fairly pointless exercise if it doesn’t. 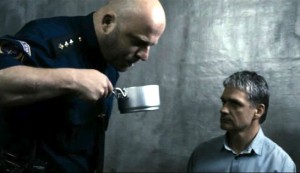 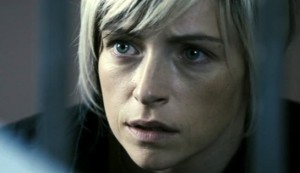