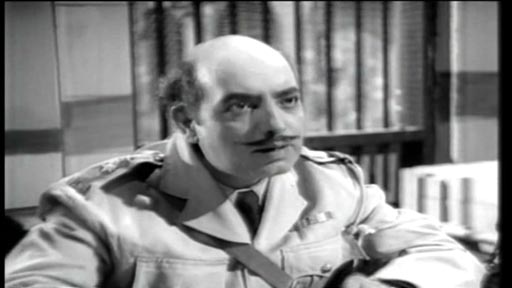 It’s my fault, or Amazon.com’s. I thought that this was the 1986 prison movie, but it is a black-and-white film of the same name which contains very few prison scenes.

The film concerns a young man, Karan (he has to be no older than early 20s for the plot to make any sense at all, but the actor who plays him is 34-35) who finds out that his father has been in jail for fifteen years for murder; he never knew him and had thought he was dead. Karan tracks him down in prison, his father protests his innocence and the dutiful son sets about trying to prove it. It’s all very predictable; there is an obligatory romantic interest, there are a several (apparently poignant) songs that aren’t sub-titled, and all ends happily.

The prison bits are not very educative, but one prison official sports perhaps the silliest prison movie moustache ever seen, which makes one scene in a very long film worthwhile.