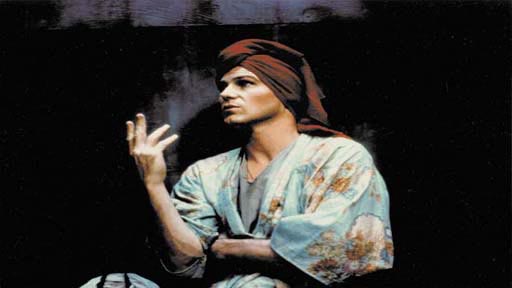 An extraordinary film and an oddity in the genre because it has none of the usual elements of the prison movie: no escapes, no riots, no institutionalised violence (well, you don’t see the brutality). Not even a knifing.

Set almost entirely in one prison cell in an undisclosed Latin American country, it centres on the relationship between the cell’s two occupants – Luis Molina (William Hurt) and Valentin Arregui (Raul Julia). Molina is a camp homosexual, Valentin a political prisoner. They share little but their current circumstances. Molina, in prison for an offence against a young boy, transports himself from the dreariness of his prison cell by creating a fantasy life, most of it forged around a 1940s Nazi propaganda film, in which he sees only the romance and none of the political implications. Valentin initially has little tolerance for the blatant escapism of Molina’s world, but over time both grow closer and move closer to accepting the other’s point of view, Valentin seduced by Molina’s care for him, and Molina wanting to help the man with whom he’s fallen in love.

It’s a story that unfolds slowly but deftly, with unexpected turns.