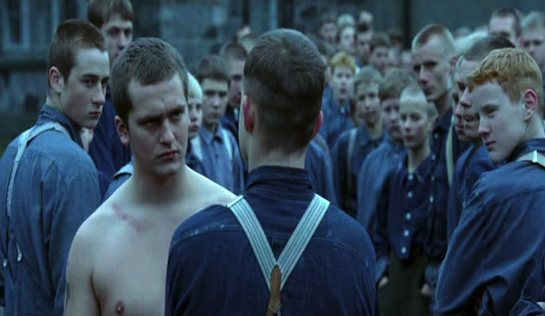 This is a cold, cold film. An escapee is returned to the prison, barefoot in the snow. Young men shiver in the forest, huddling together in the freezing rain, unable to find shelter. It is the unrelenting cold, as much as anything, that serves to remind us of how estranged these boys are from the warmth of people who care for them – and which constantly underscores the brutality of their existence. The cold… and the practice of referring to the boys only by their number, not their names.

These children, stripped of their identities, are detained on Bastøy Island. It is a prison for ‘maladjusted’ boys. It’s 1915. (The real Bastøy Island prison for juveniles, about 75km south of Oslo, operated from 1900 to 1953, and this is supposedly based on a true story from that time.) The boys are not serving fixed sentences; rather, they are held indefinitely and permitted to leave only when given approval to do so by the strict prison Governor, Bestyreren (Stellan Skarsgård), and the governing committee. It is not the most forgiving of regimes; the head boy of C Section, Olav (Trond Nilssen), stole some money from a church collection plate, and is still there six years later, still hopeful of release. The task of “find(ing) an honourable, humble, useful Christian boy ” in each inmate, as Bestyreren tells newcomer Erling (Benjamin Helstad), can clearly take some time.

The two new boys we see being received into Bastøy are very different; Ivar, or C-5 (Magnus Langlete), a skinny kid, slow and vulnerable, and Erling, C-19, stocky, worldly and believed to have killed someone. Erling is 17, and has been saved from adult prison. He is neither a fan of authority, nor one to take a backward step; in many respects he’s like Luke from Cool Hand Luke (1967), minus the charisma. He plans to escape at the earliest opportunity, and does, against the odds. But his freedom is short-lived.

Returned to the island, Erling continues to butt heads with the authorities – notably Bestyreren and the odious C section housefather, Bråthen (Kristoffer Joner) – and in doing so he unexpectedly draws closer to Olav (C-1), whose impending release is constantly threatened by misbehaviour on the part of the boys for whom he is responsible. The relationship between Erling and Olav is at the very heart of the film; Erling had promised not to escape until Olav’s release but escaped anyhow, following which Olav was required to administer the flogging upon his recapture. But it is Erling’s accusation that Olav, by his silence, has allowed Bråthen to continue sodomising the hapless Ivar that sets off a chain of events that changes their lives forever.

Olav puts his release at risk and reports Bråthen to Bestyreren. When, soon after, Ivar suicides, the mood of the prison changes. And when Bestyreren describes the death as a failed escape attempt and publicly upbraids Olav for not preventing the bullying of Ivar by the other boys, the die is cast. Disquiet in the camp turns to anger and ultimately, the boys riot in one of the more organic riot scenes in prison movies. It is in the heat of this battle that Erling, the boys’ spiritual leader in their fight against the authorities, demonstrates his inherent decency amidst all the corruption and mayhem. And it is there that his friendship with Olav is cemented in a momentous, icy climax.

Throughout the film we keep returning to Erling’s oft-recounted story of watching a whale harpooned three times and taking a day to die. The whale provides the motif for the way that Erling exhorts others to live life: Keep fighting, no matter how powerful are those who are intent on bringing you down; they are less than you. This is an excellent film; complex and simultaneously brutal, touching and real. And cold. 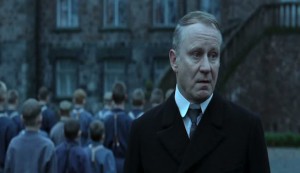 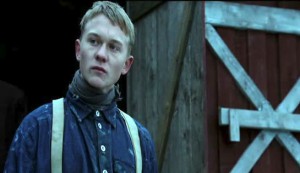