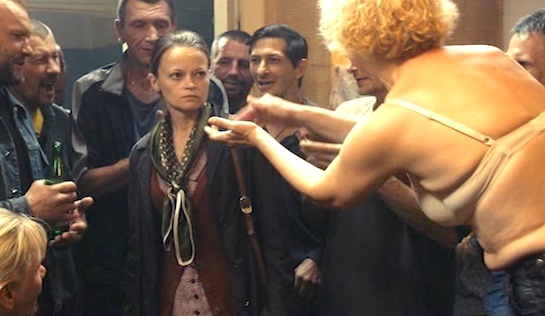 I knew this wasn’t a fair dinkum prison movie, but I thought it might contain some interesting observations about prisons; I’d read that it was about a woman in a small Russian village whose parcel sent to her imprisoned husband is returned without any explanation, and she sets out to learn why: a prison conspiracy, perhaps? It transpires that her cheerless search for the truth provides a very dark commentary on life in Russia, and a bit, but not so much, about prison.

The woman is not named. She is a ‘gentle creature’ despite not being overly gentle; rather, she displays a stony-faced impassivity as she journeys through a bleak, debauched world devoid of all feeling and humanity. Her husband is serving a term for murder. She believes he is not guilty, and he might well be. She is very determined.

When the Post Office can’t tell her why her parcel was returned, she sets out for the Siberian prison where her husband was last being held. Once at the prison, she has to queue and fill out forms… but upsets the lieutenant behind the counter when she asks after her husband. She is told to file an inquiry with the proper authorities and come back tomorrow; the shutter is pulled down on her.

An older woman, Zinka (Marina Kleshcheva), offers her somewhere to stay the night. Which is kind. But her fellow guests are rowdy, drunken revellers, and she is put in touch with a pimp, Pasha, who is supposed to be able to help her find her husband but appears more interested in being paid in kind for his troubles. Back at the boarding house, the others are immersed in a game of spin the bottle and are miffed at the gentle woman’s sober, slightly disdainful air and the fact that she is still fully clothed when they are not.

The next day she tries the prison again, and gets the same woman. “This is not an information desk,” she is told, and is again waved away. She stands in protest in front of the prison’s vehicle entry gate until she is removed by police, who watch a man getting beaten and then shake the hands of the attackers. They let her go with some helpful advice: “You don’t have a husband while he’s in prison.” They hope that she will get on the train and go home.

Instead, she meets up again with Pasha, with one of his hookers, and a woman who abuses her for being a whore, a local crime boss and a harried but ineffectual human rights campaigner. None can help her. All around her is ugliness, people talking of murders and foreigners, people looking to exploit others for commercial benefit or sex, and no-one who cares much for others. It is a harsh, dystopian portrait of Russia, brought into even sharper focus by a long, ironic dream sequence (somewhat out of whack stylistically) in which people she has met (and the prison warden) speak loftily about the value of individuals.

The depiction of prison follows the same theme; it is unhelpful and uncaring. In a standout scene, reminiscent of the methodical security checking of property being left for prisoners in Le Trou (1960), tin cans brought by visitors are unapologetically opened, bread is cut into tiny pieces, and slippers are destroyed looking for possible contraband hidden in the soles; all that is good and whole is ruined. It’s hard to miss the symbolism.

To add to the film’s Kafkaesque feel, my subtitles started 30 seconds behind and finished more than four minutes after the vision; that’s not something I’d recommend. It’s long (2¼hours), unhurried, but powerful. Even with aberrant subtitles. 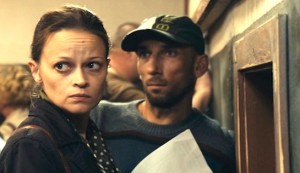 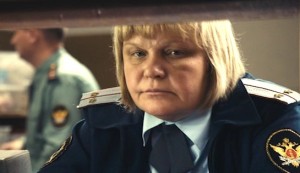 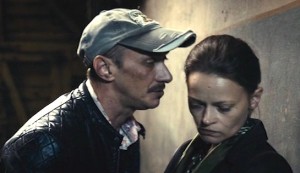 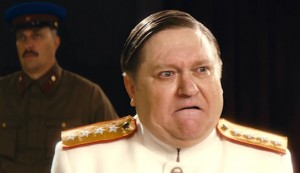