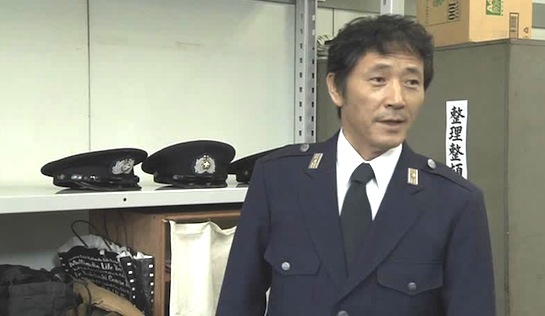 Vacation is one of those rare prison officer-centred prison movies. If it were not so understated, it would celebrate ordinary men – plodders, the unambitious, and a murderer – acting with honour.

The film paints a portrait of a workplace that is much the same as many others. The officers might wear uniforms, salute the Lieutenant on parade and work with dangerous criminals, but they are very much ordinary men with ordinary battles – tired, troubled, filled with normal domestic trials and excesses. One is approaching retirement and others wonder whether he has ‘lost it’. Another is young and immature and talks too much. But they are mostly dutiful and not without compassion.

Tory Hirai (Kaoru Kobayashi) is one of the experienced officers. He’s a single man who drinks too much, but all that is about to change; arrangements have been made for him to marry a young, attractive widow, Mika (Nene Ohtsuka), who has a six-year old son, Tatsuya. Hirai doesn’t seem to be a great catch, and Tatsuya is wary of him. But he is steady in a steady job and seems intent on doing the right thing.

Outside of the staff room, we see little of prison life – and just one prisoner – Shinichi Kaneda (Hidetochi Nishijima), who is awaiting execution. We know nothing of his crime; just that he is well behaved, that he knows not when his time will come, and that he draws intricate landscapes. He has a sister who visits him on one occasion but, with neither visitor nor prisoner able to utter a word, the officer mercifully calls an end to it.

The officers are generally sensitive to the stress in the condemned man’s wait. One is not. When Kaneda drops his skipping rope in frustration at not being able to get a rhythm going in his tiny exercise yard, the officer with him barks, “Don’t abuse the equipment!”  Not every officer is bright.

When a date for Kaneda’s hanging is set, ten officers are needed to carry it out: three on the switch, two to guard the entrance, two upstairs with the noose, one transcriber and two ‘supporters’ below. In recognition of the ghastliness of the task, all those assigned are given the long weekend off; the supporters are allowed to take the whole week. Volunteers are sought.

Hirai volunteers. He is the only one. It has been three years since the last execution, but his memory of it still has the power to make him physically ill. Yet he will soon have a new wife, and wants to provide some sort of honeymoon for her and her son, and so he puts his hand up for the support role – to wait below for the body to drop, and to pull on it to stop it twitching. To make death certain.

Some of his colleagues can’t believe that he would volunteer for such a task, the day before his wedding, and risk bringing bad luck upon the union. One officer even wants to fight him, but others intervene. The execution goes as planned. Some of the officers later acknowledge the manner in which Kaneda faced his last months, faced his death: with honour.

The wedding reception the next day is subdued; a number of officers are still unable to eat. One of the speeches lauds Hirai for “battl(ing) heinous criminals day after day. He is a servant of civil justice!” But in the jail there are no heroics; just routine, and a man trying to do the best he can for his young wife, even at great personal cost. A humble, not particularly gifted man, trying to live with a little honour.

No prison can have too many ordinary men and women trying to act with honour. This film is a low-key affair, but deserves not to be dismissed. 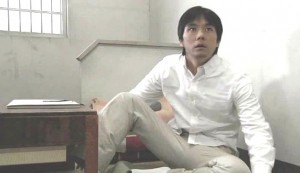 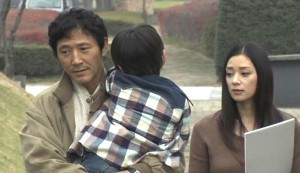