This is prison movie fusion; a football story à la The Longest Yard (1974) and (2005) and Mean Machine (2001), combined with – and in the context of – an extraordinary story of high level corruption in a Mexico City prison. It’s not entirely congruous; it’s a bit like dropping the Birdman of Alcatraz into the middle of Corcoran State Prison while ‘gladiator day’ fights as depicted in Felon (2008) are staged around him.

The action takes place in the late 1970s – set in (and filmed at, with prisoner extras) the Santa Martha Penitentiary in Mexico City. It’s the place where young car thief Enrique Zambrano Reza (Adrián Ladrón) inevitably lands after spending his formative years in juvenile detention.

Zambrano has a dream: he is desperate to play for the prison’s American football team, Los Perros (the Dogs). At his try-out he is knocked down repeatedly to see whether he will keep getting back up. He does. But it’s his skills as a car thief which are probably more sought after than his resilience or his abilities as a receiver, which at best seem underwhelming.

The Dogs, you see, have a dual function. Under the leadership of the prison boss, Colonel Chaparro (Manuel Ojeda), they are the prison elite; a special force of inmates, with absolute authority and a rigid code of honour. “No drugs [are allowed in the prison] unless distributed by the [Dogs’] Management. No crimes unless permitted by the Management” are Chaparro’s commandments.

The Dogs therefore maintain a form of order inside the prison, and contribute to major chaos on the outside. Zambrano’s recruitment is crucial to one racket – where the Dogs steal cars (on their frequent leaves of absence from the prison), and bring them back into the prison, often under police escort, to be rebirthed. They also commit armed robberies, crack safes, collect debts and engage in other money-making ventures, for which they are rewarded with a cut of the proceeds – and parties and alcohol and access to the female prisoners at the women’s prison.

They play within the rules nowhere but in football. They cause other prisoners to be beaten to death, hanged, and left to die in sealed cells. They are furnished with guns (some, it must be said, to keep fellow Dogs from absconding while on work details outside the prison), and use them. The protection of them goes to the highest levels; Generals down have their hands out and all benefit from Doggy activities.

Not all of the loot finishes up in the hands of the greedy establishment. One prisoner, Combate (Andoni Gracia), stuffs old footballs full of cash and leaves them for his revolutionary mates on the outside. And not all of the Dogs get to take their ill-gotten gains back to their families.

Part of the film’s fascination is that there is not one element of the prison that is not corrupt in some way. The doctor imposes himself on prisoners for sex. A child attending for a visit is sexually assaulted (leading to car thief Zambrano fatally beating the alleged perpetrator – in front of child visitors – while yelling at him, without irony, “Visits are sacrosanct!”).  Well, everything is corrupt except for the Dogs’ football effort, which can’t be bought and sold, even when – like the prisoners in those earlier footballing prison movies – they are told to throw the final against the Police Panthers.

It is a gritty film with authentic characters, even if the football thread is a bit hackneyed. If it goes anywhere near faithfully representing the true scale of the brutality and institutional corruption in Santa Martha in the 70s, on which it claims to be based, it’s also disturbing. 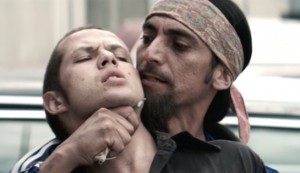 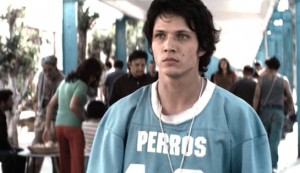 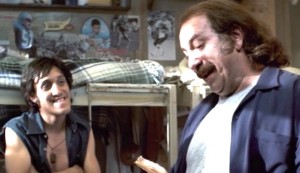 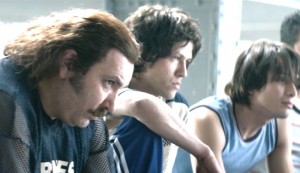