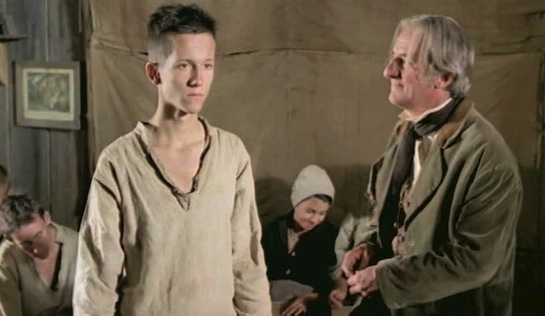 It’s 1847, and juvenile offenders, waifs and strays are being transferred from La Roquette children’s prison in Paris to the Colonie de Grande–Île in Brittany. It’s a “Fatherly Home, not a penal colony,” insists the reform school’s idealistic warden, Monsieur Alexis (André Wilms). And to underscore the homeliness, his deputy (Michel Aumont) is required to be referred to as Uncle and all the other staff are known as Cousins. It all sounds really very jolly.

It’s to this big Fatherly Home that a Parisian journalist, Countess Marie d’Ozeray (Clémentine Amouroux), sails in to do a story. On the same boat is a sweet 8-year-old boy, Rase-motte (or Little Shaver, Robinson Stévinin), whose older brother Le Penseur (The Thinker, Loïc Even) has preceded him onto the island. Little Shaver has received a sentence of five years either for a drunken escapade with a friend, or (possibly if you don’t have to rely on subtitles) stealing a chicken. Either way, five years seems a little tough.

It’s not a home where one can lounge about. There is schooling, which is admirable, and work (mainly in the textile mill, it seems); 8 hours a day for the young boys, and 10 for the older ones. Which might compare favourably to other places, where children might have been made to work 12 – 16 hours a day, such as in the mines. “It’s a lesser evil,” says The Thinker when asked about the place.

Lesser evil or not, things aren’t entirely happy at the Fatherly Home. The boys aren’t too happy about the uncompromising Uncle, or the dungeons, or the Dance Ring (a punishment in which the boys are made to run on a raised circular platform). Sometimes it seems that the boys, not fully appreciating the utopian ideals of the Father, bully others and act like hellions rather than grateful foundlings. And in the castle, Madame Alexis is a jealous drunk, Uncle’s abused wife is grieving for a child that her husband forced her to give up rather than have another mouth to feed, and all the main men (including M. Alexis’s comically mute, wheelchair-bound father) are full of barely-concealed lust.

The boys plan an insurrection. Despite two of the ringleaders being placed in the dungeon, they take Uncle and a number of Cousins hostage and armed with a stack of rifles they bail up the Alexis family and the Countess, who by this stage is a little sympathetic to the boys’ grievances. The Thinker assumes leadership of the boys and, instead of burning the place down and trying to escape, determines to negotiate changes to the way the place is run (with a gun pointed at M. Alexis’s head). Alexis concedes that some of the boys’ demands are reasonable (more education, for example, and more meat… and an end to the dehumanising use of nicknames rather than the boys’ real names) and an agreement is signed. Hooray! The Thinker hopes that the Countess will deliver the agreement to Victor Hugo, or maybe Pierre-Joseph Proudhon, to publicise and prevent any reneging on the deal.

But a troop of soldiers has been summoned by local villagers, responding to a surreptitious plea for help from Uncle, and they arrive with guns drawn. Things don’t go well thereafter.

The film is not so different from many others in relation to the themes with which it deals – themes that are also present in nearly every prison system: The tension between the pursuit of rehabilitative ideals and the attraction of punitive regimes to manage unruliness. The tension between giving prisoners an education and vocational skills and the need to reduce costs or generate income. The capacity of influential staff to undermine the prison’s espoused values. And it probably says something about the efficacy of riots; those that bring about lasting change or end happily seem to be few and far between.

It is a pessimistic tale from the mid-19th Century that invites you to reflect on the efficacy of imprisonment, too, (at least for juvenile offenders), and the progress of correctional practice 150-odd years on. 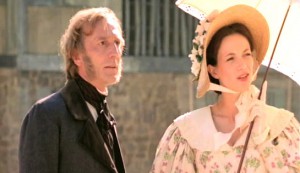 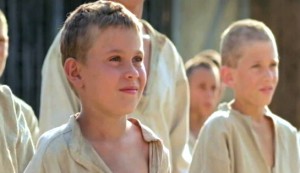 And, because unusual punishments are, well, unusual, I need to show the Dance Ring: 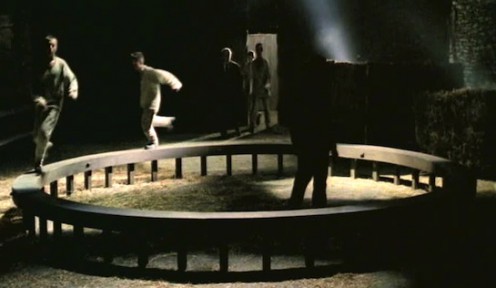