“You’re the one who chose prison. Now own it,” Chief Guard Elise Schoelcher (Marie-Sohna Condé) tells Mathilde Leroy (Sophie Marceau), who is desperately keen to be relieved of her edgy cellmate. It’s fair advice in the circumstances.

The plan was simple: Mathilde, a 50-ish literature teacher, unable to conceive of life without her imprisoned husband Philippe for the next 15 years, blackmails a visitor (whom she observed never getting frisked due to metal pins in her body), to carry a gun into his prison, taped to her back. Philippe, still remembered as a hunger-striker and prison activist from decades earlier and whom Mathilde believes was framed on fresh armed robbery charges, duly escapes. With the gun. Mathilde expects that she will be out after two of her four year sentence for aiding and abetting the escape… and will then be reunited with him. And she is resolute; doing time for him is worth it.

Then the reality of prison hits in. Her cellmate, Nato Kanté (Eye Haïdara) is scary: threatening, menacing (and has sequestered her mattress, with no intention of giving it up). There is a cacophony of yelling and loud music after lockdown. Bed bugs. The prison doctor is indifferent to everything going on around her. There are rules and allegiances in the yard which she doesn’t understand. Instead of being feted as the liberator of an exalted warrior for prisoners’ rights, she is largely ignored and Nato taunts her about being a terrorist. She has no idea whether Philippe is still on the run, or has been recaptured. And because of her involvement in the escape, she is allowed no letters or contact with him or about him. Philippe’s brother Marco continues not to put any money into her account. Her 24-year-old son, Adrien (Benjamin Siksou), wishes that she would forget about Philippe, and is reluctant to help. “Now own it,” says the chief.

She befriends a more mature woman, Marthe (Anne Le Ny), seeking a phone or to make contact – to get an update. Marthe asks for €150 and some pills to put a call through… and then asks for more to tell her the outcome of the call. Mathilde’s stuck. But after setting fire to Nato’s hair she gets a new cellmate, Anita (Suzanne Clément), a more mature woman who killed her husband after years of abuse. Things settle, somewhat.

But she still doesn’t quite fit. She shares her husband’s anger about injustice and abuse of power and corruption, but has neither the stomach for the savagery of prison life nor the street smarts to avoid its pitfalls. Her grand, noble gesture of sacrifice and love is lost amongst the parade of needy, damaged and troubled young women, the substance abuse, the arbitrary enforcement of petty rules, and a critical shortage of toilet paper. And she is knocked about by the discovery that Philippe may have killed a man while on the run, and that she is liable to be charged also as the provider of the gun.

You can’t ask for much more from a prison movie. The best prison movies get the rhythms of prison life right; the balance between the chaos and the mundane, between the headline drama and the finely observed nuance. La Taularde gets these spot on: the calm authority of the chief guard and her frustration at a staff member who unnecessarily winds up the prisoner group; the rapid buy-in of the women and escalation in volatility when a young prisoner hangs herself; the apparent lack of progress on everything important to the women; the unexpected regard shared by seasoned prisoners and good guards. And its grittiness is balanced by outbreaks of humour and farce, epitomised by Mathilde fumbling of the handover of a phone Adrien has smuggled into the visit centre in his back passage.

La Taularde is an exceptional prison movie; full of strong performances (notably from Marceau and Condé), and strong on authenticity, the Jacques Cartier Prison (which closed in 2010) providing a terrific backdrop.

See it if you can. 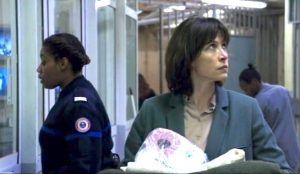 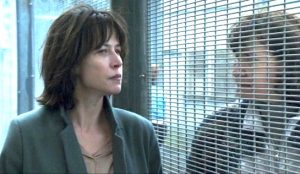 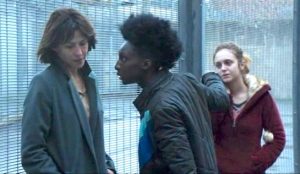 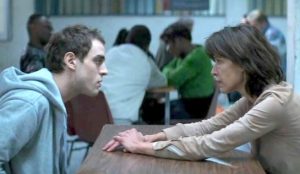 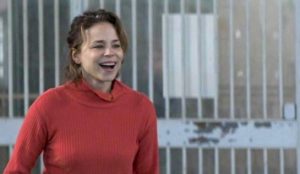 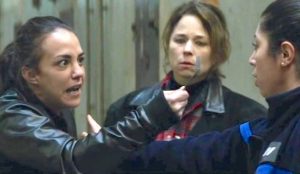