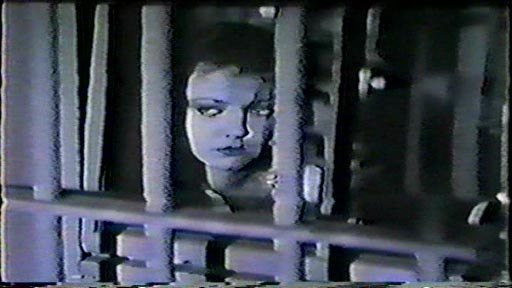 Kathleen Storm (Sylvia Sidney) is a flower shop girl who is being aggressively pursued by gangster Kid Athens (Earle Foxe). Athens has to lie low for a while and asks Kathleen to lie low with him; she declines, seemingly (and improbably) having just discovered (after going out with him for a bit) what he does for a living. The smitten Athens ain’t too pleased, and swears that no-one will take his place. As luck will have it, within hours she meets engineer Standish McNeil (Gene Raymond) and within weeks she has married him, is lying horizontally with him, and is preparing to travel with him to his next work assignment in Russia.

Fate cruelly intervenes. A detective visits the matrimonial home and is about to ask Kathleen a thing or two about Athens, when Athens, who has also snuck into the house with the intention of ruining the newlyweds’ honeymoon, shoots the cop, leaves his gun behind and scarpers. Kathleen and McNeil are charged with the murder. They are prosecuted by crooked Deputy District Attorney John Hartman, who is in league with Athens and his cronies; both are convicted and McNeil is sentenced to death.

So while the title suggests this is a story of a women’s prison, it’s really about the anguish of two innocent people, one of whom is on Death Row. In the women’s wing most of the prisoners are sympathetic to the distraught Kathleen, but not so the hard-bitten Susie (Wynne Gibson), who used to be Kid Athens’ moll – until he arranged to have her put away so she wouldn’t get in the way of  his designs on Kathleen. There is a pretty standard ensemble of prisoner characters including a kind-hearted African American murderer, a twitchy stoolie, a pretend toff and a pregnant Mexican. And some matronly matrons. In the men’s section, ‘Mac’ gets to spend his days on the Row playing 20 Questions with a bloke who’s not the full two bob.

Kathleen and Mac are of course desperate to see each other. At one point they are granted a visit, but as soon as they embrace they discover that the meeting was set up solely to allow a press photographer to capture that moment and they are immediately sent back to their respective cells. The photo of the two lovebirds in the next day’s paper is accompanied by a picture of the murder weapon, which Susie sees and, reluctantly, advises Kathleen that she can positively identify it as one she gave Kid Athens. Kathleen calls the DA. The DA sends Hartman, who naturally dismisses the new ‘evidence’ as twaddle: how could Kathleen prove that she didn’t take it from her gangster boyfriend?

So Kathleen decides to join in on an escape bid by the Mexican woman, with the intention of getting her predicament into the public arena. They get out during the showing of a movie, but the snitch snitches on them just as they are almost out. The Mexican is shot and killed. Kathleen manages to swim away (the jail is on the water’s edge) under a hail of bullets. She gets captured, but she also gets her story out, and justice prevails. As it should.

It’s an OK movie, but its impact is as a love story, not a prison story. 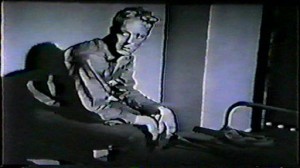 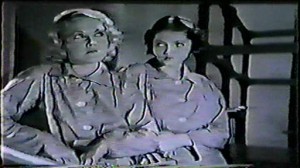