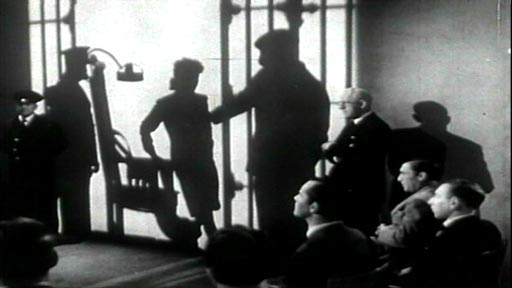 I used to think I could pick a prison movie. This proves I can’t.

Mary Kirk (Jean Parker) is confronted by a blackmailer in her home. She escapes into a bedroom, and when she emerges he is dead, having been clocked over the head with a heavy statue. She is charged, found guilty and sentenced to death.

Only two people believe she’s innocent – her boyfriend, Dr Dwight ‘Brad’ Bradford (Douglas Fowley), a research scientist who is investigating whether dead things can be brought back to life, and Charles Finch (Lionel Atwill), a famed criminologist / psychologist. The two men had just met at a club when Brad first met Mary; now they team together to prove her innocence. Oh, I forgot. To fund his research work, Brad works as the State executioner. Which means that if Mary goes to the chair, Brad will have to flick the switch.

There is very little prison action. The main character is really Finch, who recounts the story to four reporters and who plays the role of detective in what is essentially a murder-mystery. Apart from the tension surrounding whether Brad will kill her and then miraculously bring her back to life, the interest is in why Mary’s sister Suzy (Marcia Mae Jones) is withholding vital information which might see her sister exonerated. And that race-against-the-clock-thingo as the time for her execution approaches. 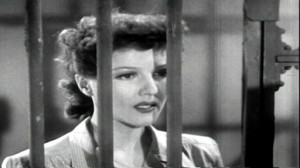 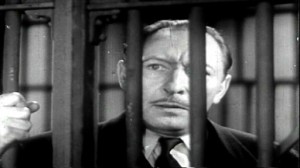