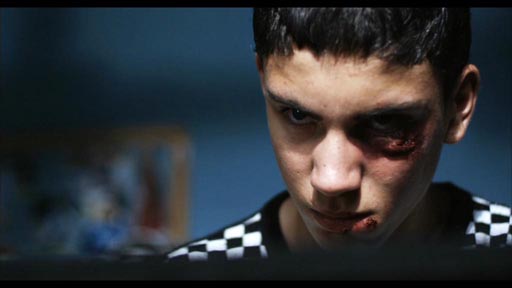 Dark Love gives us a compelling portrait of the intertwining lives of two young people in Naples; one from a working class family, the other from a privileged background. One a perpetrator of a repugnant crime, the other his victim. Both are stupefied by the event that links them.

Ciro is 15½. After a day at the beach, smoking dope and drinking, he and three of his mates see a girl just a couple of years older than they are being dropped off home by her boyfriend in a well-to-do area. They grab her, rape her.

Ciro (Gabriele Agrio) promptly confesses, and gives the Police the names of his friends. His friends are neither pleased nor forgiving. In the juvenile prison (the Polizia Penitenziaria Nisida, possibly the most stunning site for a prison anywhere in the world), they spit on him and bash him. His father’s truck is burned. His mother’s house is trashed. Ciro is wracked with guilt and filled with remorse; the pain the other youths inflict is minor compared to the judgment he brings on himself.

Meanwhile, the victim Irene (Irene de Angelis), struggles to reclaim her life. She, too, is imprisoned – and although she tries to find a way through it with drama classes, she is numbed, her days robbed of all spark and life. Her well-meaning family and boyfriend are uniformly unhelpful or ineffectual.

Unable to derive any benefit from counselling, Ciro – who is not completely at ease with words, and certainly not well schooled – turns to writing to express his feelings. He fills an exercise book with Irene’s name, written thousands of times over. He writes self-admonishing poems, declaiming his former attitudes: “I thought that love and fucking were the same”, this kid on the outer improbably confides to the whole prison population in an impromptu recital of two of his poems. He writes time and time again to Irene, who is initially unable to bring herself to open the letters. But she doesn’t throw them away, either. When she finally does open them, and responds to him, it is cathartic for both of them.

Ciro’s obsession with Irene may have some noble origins, but we never get to see more than a few words of what he says to her, or how she responds. Just how dark the dark love is, is not clear.

It is mystifying, bewildering emotion. But it makes for a transfixing film. 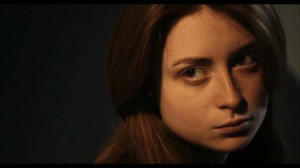 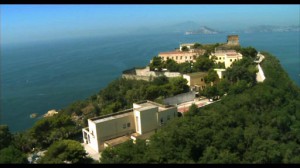