I haven’t seen the original Turning Point (2009), or the TV show that spawned both movies. Nor do I want to; the sequel exhausted me.

Leung Siu Tong or Laughing Gor (Michael Tse) is the cop who is in prison – for the murder of a gangster, committed when he was undercover in a triad – but he is just pretending to be the murderer and is really a cop who has gone undercover in prison, hoping to discover more about corruption within the police ranks. He is the brooding, good-looking type, and the primary source of his interest is the bespectacled, vulnerable Tai Chit (Chapman To), a former narcotics cop who is taking the rap for some bigger fish. Laughing’s method in trying to discover the identity of the bigger fish lacks a certain subtlety; he just asks him openly in a shower-room full of prisoners – who are bewilderingly tolerant of a nosy ex-undercover-cop and an unravelling ex-narc in their midst.

Fok Tim Yam (Francis Ng), the university professor, is also interested in Tai Chit. He is serving a 16 year 4 month sentence for drug possession and production… until some strings are presumably pulled and the chief witness suddenly retracts her evidence… and he is freed.

Fok Tim Yam lectures and preaches about the difference between violating the law and committing a crime, arguing that many people break the law because they simply can’t get a fair break in the world. He has a very fluid view of right and wrong, accepting large scale drug trafficking if it frees people who would be impoverished without it. Accordingly, he’s happy to be part of it – solely to emancipate others, of course. He’s in league with the corrupt police and his message of the moral ambiguity of crime seduces students, powerful politicians – and even Laughing’s single point of contact back to the police.

It takes some effort to keep up, so dense is the plot. In some way, it is the cinematic equivalent of speed dating. So much is crammed into the 85-odd minutes that there is precious little room for character development, which is sacrificed to the need to detail each piece of the puzzle – each double-crossing, each betrayal, each corrupt justification of crime.  It’s a shame, and a hurdle that not even climactic exposés and a shootout can overcome. 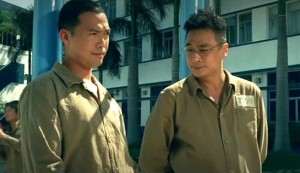 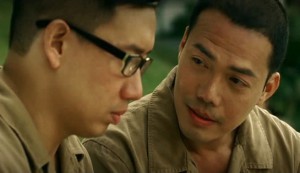