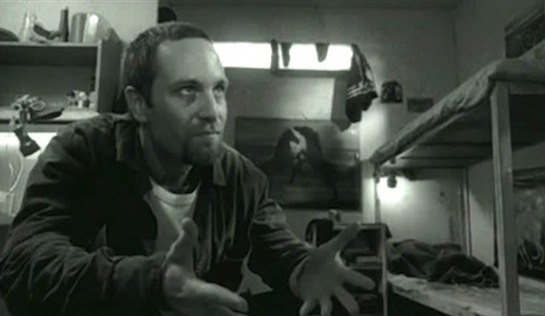 1986, and two first-timers are received into a maximum-security prison. One, Yonatan (Idan Alterman), is placed in a big shared cell which includes an imposing drug boss (played by the film’s director, Arnon Zadok), who wastes no time in imposing himself sexually upon the young man. From his first day, he is enslaved. Clichéd, yes, but through Yonatan, everyone’s worst fears about prison are quickly realised.

The other new fish, Shlomo (Sharon Alexander), is luckier. He is placed in a cell with another formidable player in the prison’s drug trade, Charlie (Shalom Shmuelov), but is merely bullied. By everyone. He is not allowed to eat for the first few days.

Shlomo is educated and has either killed or attempted to kill his wife; he could be a white-collar criminal with blue-collar anger. Charlie doesn’t trust him, and for good reason – Shlomo is very early in the piece recruited by the intelligence officers to pass on information. But the two co-exist, uneasily. Shlomo doesn’t help his own cause by being a bit morally superior. He forgets where he is and makes his disapproval of Charlie’s rampant drug addiction a bit too obvious. In a moment that teeters on the edge of going horribly, horribly wrong, he publicly rebukes the coke-snorting Charlie for being “just a junkie maniac.” Not smart.

It is a turning point. Charlie somehow finds it within himself to forgive the outburst, and Shlomo somehow manages to persuade the junkie’s inner maniac that he has suffered enough, hurt those around him enough, messed up enough lives, and would be better off without the drugs.

Charlie goes cold turkey. It’s of course painful to watch. He also, reluctantly, gets some professional help; Shlomo always beside him, guiding him through it. His new leaf doesn’t please everyone, though. The drug boss, losing business, calls Shlomo over, ostensibly to play a game of backgammon, and encourages him to leave Charlie alone. “Don’t play with fate, Shlomo. If you play with the blacks, I’ll have to use the whites.” Shlomo continues to play with the blacks. He gets stabbed.

Perhaps the disclosure is intended to ensure that our sympathies swing back to Shlomo over the triumphantly sober Charlie. The screenplay is based on the autobiography of Shlomo Kfir, about whom I can find very little, but perhaps he wasn’t keen in the end to share the limelight with a reformed junkie maniac. Or perhaps he just tells it the way it was.

The film is gritty, made grittier by being photographed in black and white and featuring real prisoners, apparently, inside a real prison. There are some classic prison scenes, including the initial ‘seduction’ scene, but I’m still not sure what we’re supposed to take away from it all. A sense of the merits of the Israeli approach to drug treatment, perhaps? That anything can be achieved with support of a friend? That you should never trust junkies, even reformed ones? Something about odd bedfellows? Or just that in an autobiography, the author is likely to command centre stage, like it or not… 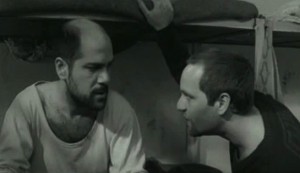 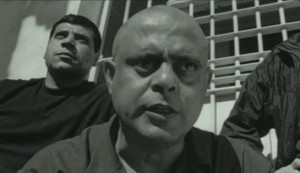