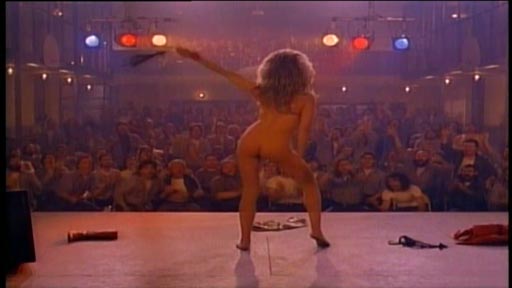 It’s hard to know what to make of a film which has the tagline “Liberty is not just a brand of yoghurt!” It’s a curious French-Canadian mix of titillation and pretension, of comedy and drama, and it winds up not working entirely on any level.

The inmates at this older-style prison have organised a ‘party’ – an annual concert with comedians, singers, a drag queen, a magician… and strippers. The warden, his wife and other senior people watch the show from above, as does an armed guard in a caged enclosure. None of them seem to mind that there are strippers (indeed they mostly seem to rather approve of them), or that the standard patter of all the comics centres on how stupid and insignificant the screws are. ‘Screw’, it seems, is one word that has been adopted by the French. Or maybe just in Québec. Even the chaplain heartily endorses the strippers, telling a journalist that they are not nearly as vulgar as imprisonment itself.

But the tolerant regime doesn’t end there. Half of the 300-odd prisoners in the audience swig from jars of home brew, and no-one intervenes. Certain prisoners, some of whom might be on the organising committee, are permitted backstage with the performers, without any real supervision by staff. Not surprisingly, there are a few sexual shenanigans, most of which are consensual.

Meanwhile, as all the inmates are having a rollicking good time, several dramatic sub-plots also unfold. The partner of one of the singers is forbidden to attend the concert, locked in his cell after being found with $50 in his possession. He is distraught (as is she), smashes up his cell and is then placed in a management cell where he spirals further and further into darkness and self-harm. Another prisoner shaves his beard, puts on a wig and a dress and rather-too-adroitly walks out of the jail in high heels using a stolen visitor’s pass. And a succession of sad, hope-less prisoners recount their own stories of despair, the wastefulness and brutality of their prison existence, and their want for affection, to the journalist, strippers, visitors… anyone who will listen. And while these glimpses of the reality of prison life are often powerful and authentic, their poignancy is constantly undermined by the partying and the lack of control exerted by the prison authorities, which both erode any credibility that the film might have as a serious commentary on imprisonment, and which make prison look not so nearly as soul-destroying as the personal accounts would have you believe.

No doubt the film-makers sought to show that there is a senselessness in keeping prisoners in jail for long periods, and that no matter how liberal the regime, there is real punishment in the deprivation of liberty. Which is, in many respects, fair enough. After all, liberty is not just a brand of yoghurt. 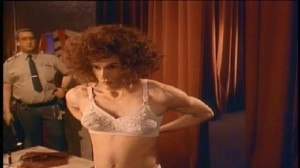