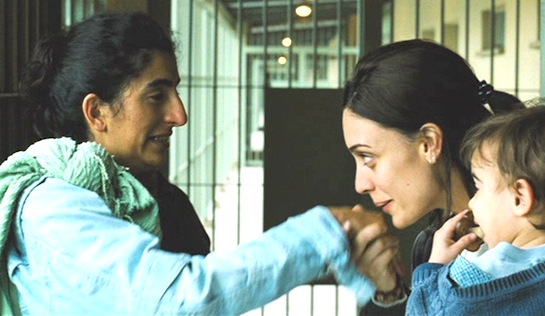 There’s so much to like about this film – its authenticity, its subject matter, compelling performances, beautifully filmed… and yet, for some reason, it doesn’t hit you quite like it should.Much of the film was shot within the walls of eight (!) maximum-security prisons, with real prisoners as extras; that gives it much of its authenticity. And its subject matter – a woman forced to relinquish her child in prison – is real and powerful. And yet…

Julia (Martina Gusman) has led a complicated life, it seems, and it is about to become more complicated. There has been a knife fight at her apartment which she shared with her boyfriend Ramiro and his male lover, or lover of them both. The latter man is dead; the other wounded. Julia goes to work, or uni, after washing the blood off her, as if nothing had happened. Was she trashed and unaware, or callous, numb? Who knows? She returns to the horror of it all and soon she and Ramiro are remanded into custody. She is pregnant – to one of them – and because of it she is placed in the Lion’s Den – a unit full of women and their children, up to four years old, separate from the other prisoners.

We chart her pregnancy, the birth of her son, Tomás, and watch him grow to a three-year-old and his mother grow from being an uncertain, resentful and reluctant mother to a protective one. It takes forever for her case to come to trial. We can’t be certain of her role in the murder, and it seems that she might not be so sure of it herself. Ultimately she is found guilty, implicated by her lover. She still has her son, though. Then Tomás is taken for an overnight stay with her mother, with whom Julia has had, at best, a strained relationship, and is never brought back; there’s no reason for the child to be locked up, her mother says.

This should elicit a strong empathic response. It doesn’t, really. Perhaps it’s because Julia is essentially unknowable; we stay equivocal. Perhaps she’s seen to be undeserving of empathy. Has she been honest with her lovers, the court, anyone? Or perhaps it’s because I don’t understand her forgiving Argentinean attitude on show here. I don’t understand, for example, given that Ramiro’s testimony seals her fate despite him not being clear what happened either, that she treats him civilly and tolerates overtures from him. Perhaps it’s because, despite what she says, he is her son’s father, or deep down she accepts her guilt. But then, is she really capable of forgiving her mother after she stole her child from her, as she seems to, or is she feigning? It’s complicated. So complicated, perhaps, that it robs the viewer of a suitable response.

Meanwhile the film deftly captures some familiar, universal themes in women’s prisons; the relationships that develop, the way in which the women take on each other’s issues, the shared motherhood of children. And throughout, Martina Gusman’s unknowable Julia dominates her knowable environment. Challenging, even without the unexpected ending. 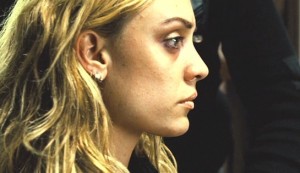 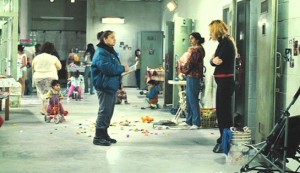