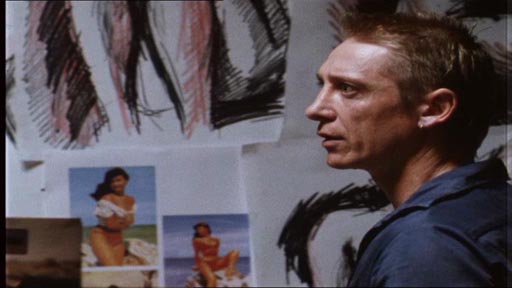 An HIV-AIDS diagnosis. A prison sentence. These men are lumbered with both, held doubly captive. Doubly reviled. Life sentences, and not much of a life at that.

This is an intimate look into a prison unit set aside for HIV+ men, not all that long after the AIDS scare hit and prisons all round the world were sealing up cell doors, fearful that the virus could escape through the cracks and attack prison staff. It’s not action-driven, but full of the men’s regrets and reminiscences and muses; it allows characters to be developed, slowly. John Brumpton (who also plays Des, the main character) and Lawrence Johnston (who also directs) wrote the screenplay, and their intimacy with the script shows.

Des is raw, a tough nut, just coming to terms with the news that he is HIV+. In prison and out, he’s been full of testosterone and bluff. He gets to share with Ralph (David Tredinnick), who is quick to let Des know that he got positive through a blood transfusion.

The AIDS Unit, T2, is little different to other prison units, though smaller. The prisoners are variously cocky, paranoid, jokey, miserable, posturing, piss-taking, drug-chasing, full of bravado or guilt or dread… Their health concerns make them all vulnerable. There are gay men, straight men, and heterosexual men who allow themselves to have sex with gay men in prison. Maybe the men’s efforts to keep up their fitness are tinged with a bit more desperation than normal. There’s also an honesty and tenderness as their colleagues get sick, and die, that you rarely see in a prison movie. But you also get your regulation loathsome prison officer, who is in almost every prison movie you’ll ever see.

This is not for everyone. It’s low budget, arty and interested in people, their relationships and what they do to survive. It also gets plenty of the rhythms of prison right. You might even find the drama – and there is drama – to be incidental, which isn’t such a bad thing. 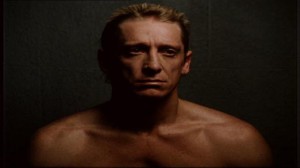 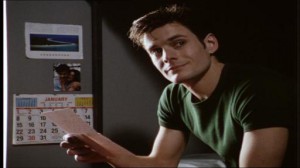