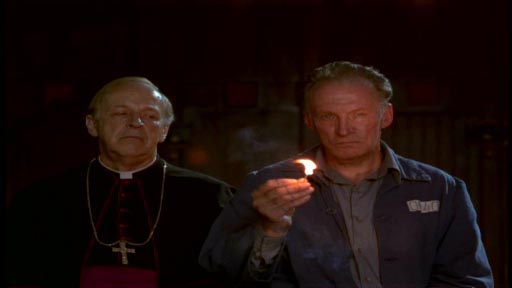 It’s Québec, 1952. A Bishop is called to a prison to hear the confession of a dying prisoner, Simon. It’s someone the Bishop knew way back in 1912, when they were both teenagers. Once in the confessional, he gets locked in and forced to watch a re-enactment of the events leading up to Simon’s imprisonment forty years earlier. We realise then that Simon (it helps if you pronounce it in the French manner, See-mon), is less interested in making his confession than in hearing one.

Simon, with the assistance of the prison chaplain and a total lack of interest from the prison staff about what is happening down there in the chapel, has arranged for his story to be told as a full theatrical production. His fellow prisoners play the schoolboy roles of Simon and the young man, Vallier, with whom he falls in love, and of Bilodeau, who is destined to become the Bishop. Bilodeau, too, is in love with Simon, but is wracked with guilt and consumed by his fear of God’s wrath and of Sodom and Gomorrah. Prisoners in drag also play the parts of all the women in the story, not only in the chapel, but even in the flashbacks to the original naturalistic settings. But there is a gap in the story, a gap that Simon believes only the Bishop can fill – and that is how he came to spend the next 40 years in prison.

The Bishop is haughty, aloof, incensed. He is also held hostage, a tricky thing for the chaplain to be involved in, I would guess, but seemingly a matter of indifference to prison staff. The Bishop is forced to watch their shared story told through Simon’s eyes, and initially rails against the caricature that he thinks he has become. But midway, he realises that the game is up and surrenders himself to the memories playing out before him, and ultimately confesses his shameful part in Simon’s wrongful conviction.

I have a couple of real problems with the production. Simon is played by an awfully good-looking young prisoner, his beauty attested to by the young Bilodeau: “My mother says you’re so beautiful only a saint could be that beautiful.”  Yet there is not a trace of that beauty in the hard, bitter features of the real Simon we see. Does 40 years in prison rob you of such beauty so completely? Perhaps, but for it to work, I needed to see a glimmer, just a glimmer, of what those people saw 40 years ago.

And the film meanders all over the place. It could have been a taut, suspenseful drama; a Bishop held hostage in a prison, and some answers to a 40-year-old mystery to be revealed. Hypocrisy exposed, jealousy, betrayal: powerful themes. But it gets distracted and tells of events too much at the periphery of Simon’s tragedy, things that may be clever or artistic or evocative, but which serve no purpose as they neither confront the Bishop nor add to the drama; the filmmaker, not Simon, becomes the chief storyteller. That’s a shame. 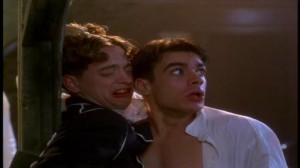 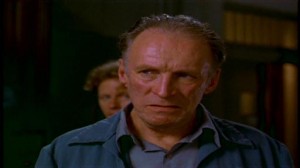