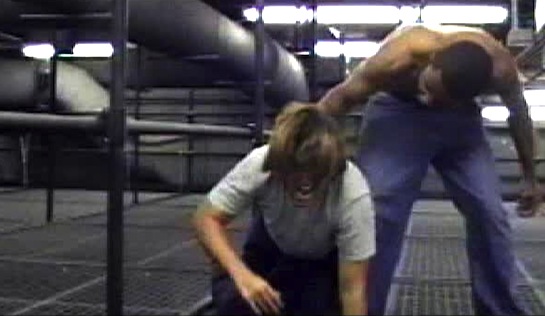 It’s one thing to make a film with a few of your mates on a budget of a couple of hundred dollars. It’s another thing entirely to inflict it upon the broader public.

Mario Xavier wrote, produced, directed, filmed and starred in this lamentable offering, engaging the assistance of some colleagues as they were all working on a stage production of Shakespeare’s Taming of the Shrew. But there’s nothing remotely Shakespearesque that has rubbed off on this film, I can assure you.

Presumably because the budget is non-existent and the actors also have to double as crew, the prison we get to see is one in which there are never more than two people in the one shot. That makes early scenes like Jared’s ritualistic induction fight with another prisoner, Tank, which takes place on a wire-grated floor in an open industrial area with no supervision by guards and no other people in view (despite the soundtrack of crowd noises), awfully ridiculous… and from which the film can never recover.

As helpful background to the story, we have been told that mystery shrouds Stonegate after it was discovered in 1959 that on top of more than 47 suspicious deaths, 20-plus bodies were found in a mass grave in the basement… before a fire covered up potentially more atrocities. Whatever happened back then, it’s clearly not over; another prisoner warns Jared not to go down into the basement. Ooh, scary.

It’s not long before Jared and his cellmate, Miguel (Miguel Angel Novo), realise that the scariness is in fact a number of fancy-dress zombies on the warpath. “Lock it down! Lock it down! There’s a riot going on out there!”, the guards call as the zombies emerge, but we see no riot and no lockdown; just some vaguely eerie special effects and Jared and Miguel. The two prisoners make their way into the prison control room without encountering a single panicking staff member (the ‘Panic’ button having been pushed, literally) or any other prisoners, and luckily find detailed prison plans and guns lying about. Handy, eh? After swimming underwater for a spell (and why not – is there not a water-filled room in every prison?), Jared dries off with spectacular speed to rescue his girlfriend Rachel (Natalie Morales) who has arrived for a visit, and together they shoot zombies and escape via a network of drains… before deciding that they must return and fight the zombie war rather than run away.

I’m guessing that many viewers have taken the option to run away well before the film finishes at just 62 minutes. Extraordinarily, since this piece of amateur home video Mario Xavier has made two sequels – in what must either be the height of misplaced ego, or a measure of his improvement with practice and some budget. I don’t think I’ll be watching to find out which. 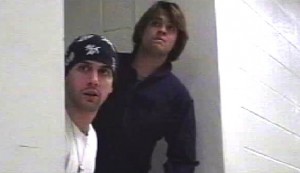 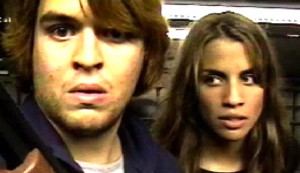