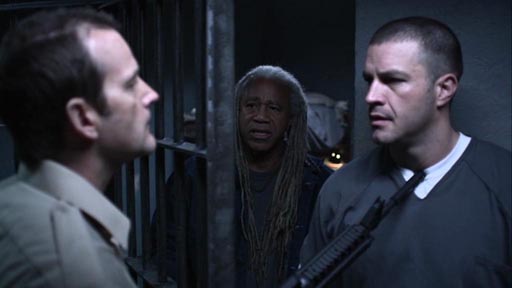 If you think you could have seen this movie before, you’re probably right. Even if you haven’t.

It involves a good, decent cop framed on some major felonies, and placed in a prison in the midst of many of the criminals he’s locked up – a bit like Tango and Cash (1988). The prison is effectively run by a mobster who controls, amongst other things, cage fights from which he makes loads of money – as in Undisputed (2002). The cop, who can look after himself, is reluctantly drawn into the no-holds-barred fights – not unlike Ring of Death (2008). Then, in the lead-up to the do-or-die bout against the best fighter in the prison, he enlists his much older, long-haired cellmate who has a martial arts background as his trainer – a lot like Undisputed II: Last Man Standing (2005). To call the film derivative is an insult to derivations.

Danny Bolan (Tony Schiena) is the cop. He gets thrown into Chicago’s wintry Blackwater State Penitentiary for a minimum of 25 years for drug trafficking, corruption and second degree murder – all the witnesses, jury and judge having been paid off by crime boss Anton Vargas (Vinnie Jones), whom Danny had put away some time previously. Danny seeks to have his innocence proven with the assistance of a sole Internal Affairs officer, Gwen Bauer (Sarah Ann Schultz).

If you’re a fan of this genre, here are some things you can tick off that might give you some comfort: Corrupt warden. Corrupt and violent male guard (Dwier Brown). Corrupt and brutal female guard (Bai Ling), who also joins Vargas for some rumpy-pumpy in his cell. Gratuitous nudity. Hero so tough that he has his first fight only days after being shanked in the abdomen. Fights resulting in injuries and deaths that have to be explained away somehow. Blood.

And here are some things that you might not notice: Awful, cheap sets. Poor acting. A script devoid of any originality, whatsoever. Guards wielding semi-automatic weapons that could be wrested from them in a moment. A proud third-generation honest cop making some very dubious ethical choices towards the end… and having them implicitly endorsed by a proudly ethical Internal Affairs officer. But, by then, why would anyone care?

Locked Down is formulaic, pedestrian and nastily low-budget. Leave it well alone. 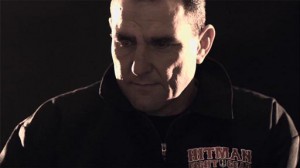 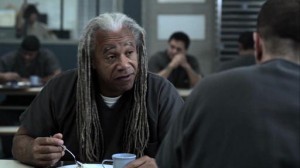