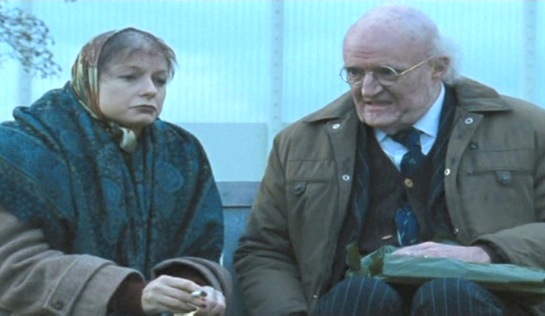 An enthralling, beautifully scripted portrait of the real-life Lord Longford, a prison visitor of many years whose belief in the inherent good in people leads him to be an advocate for ‘Moors murderer’ Myra Hindley, and is then tested when Hindley cynically uses him and throws it all back in his face.

On one hand we have Lord Longford, brilliantly played by Jim Broadbent: living out his Catholic faith, a crusader in search of causes, and something of a ridiculous figure with his dishevelled appearance and unworldliness. On the other is Hindley (Samantha Morton), in many minds the personification of evil after she and lover Ian Brady were convicted of sexually assaulting, torturing and killing three children from 1963-65 before burying their bodies in the Saddleworth moors near Manchester; the mere sight of her, or mention of her name, is sufficient even in prison to stop all talk and bring forth expressions of open contempt.

She asks to meet with Lord Longford and he, not one to judge, obliges. He encourages her to return to the Church, and to seek parole. She claims to have found confessed her sins and found solace in her rediscovered religion. Before he goes public in his support of her, she assures him that there is nothing more in her past that he doesn’t know. If he doesn’t fall for her, her is at least sympathetic and wont to agree with the sentencing judge that she was a good girl corrupted by Brady; that away from his influence she is redeemable. And despite facing staunch opposition from within his political party, his own family and a vengeful public, he persists in speaking on her behalf, talking up her right to be considered for release.

And then she attempts to escape with assistance from her female Prison Officer lover. And, as news of an imminent parole hearing spreads, a fabulously malevolent and oily Brady (Andy Serkis) tells a reporter of two more murders they committed together; two more bodies buried on the moors. Faced with this, Hindley confesses… and Longford is further opened up to censure, derision and scorn. Even so, he finds it within himself to forgive her; in a real test of his faith, he refuses to attack her, but maintains that he is better for having known her and that he will continue to hate the sin but love the sinner. Ingenuous, maybe, but awfully courageous and dignified.

The prison scenes, meanwhile, are almost entirely confined to visits areas and processes, but are astutely judged in their understatement and eye for detail. There just aren’t enough of them, really, for this to qualify as a true prison movie – even though the whole, terrific story revolves around a prison visitor and one prisoner. Lord Longford died in 2001, aged 95; Hindley died in prison the following year, aged 60. 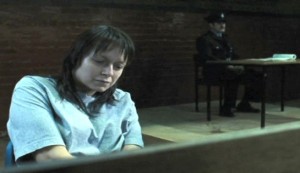 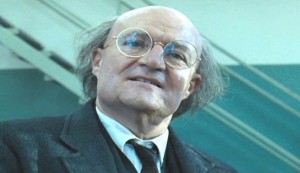