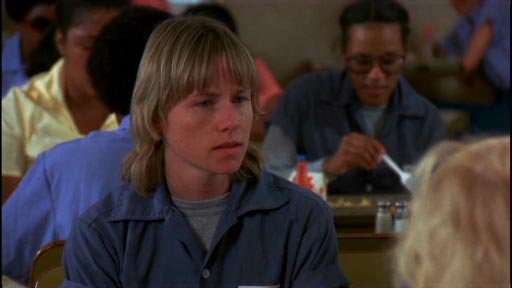 You would think that a film about a young prisoner fighting for the right to keep her child with her in custody would have no trouble in having you cheering her on from the sidelines. And no doubt many people have… but she’s so unsympathetically drawn, it’s possible to be quite indifferent to whether she wins or loses.

Terry Jean Moore (Amy Madigan) is 18 and a shiftless tomboy, but she’s not really criminally inclined. It’s 1977. She’s hitch-hiking with her younger cousin, Jesse, when he pulls a gun on the driver. They take $5 from the driver’s wallet before he runs off with the car keys. Jesse gets treated lightly as a juvenile; Terry gets 7½ to 15 years for robbery. Then she gets another 5 years on top for arson after setting a cell fire in the jail in which she was being held pre-trial.

Behind Terry’s tough facade is a naive young girl who gets heartbroken when she finds out that Jack is married and that they might not have the fairytale future she had envisioned. Behind her insistence that she is clever is a young woman who is not bright and makes dumb choices. When she falls pregnant to Jack she is unable to argue her case to not abort her child, and then to keep it with her, other than by repeating the mantra ‘I’m going to keep my baby.’

Fortunately, she gets some emotional support from her prison confidante, JJ (Mackenzie Philllips), some help from her prison co-worker June (Rhea Perlman), who seeks out the Florida statute which provides that a prisoner may keep her child up the age of 18 months… and from a Legal Aid lawyer who takes on her case. The prison argues that a child can’t be safely accommodated at the prison. Terry wins.

When Terry has her child (a daughter, Precious), we are asked to believe that all the other prisoners erupt in joyful celebrations at the news. We’re also asked to believe that as the birth approached a hanging effigy was left in her cell and she received threats from a smiling prisoner to kill her child. Were they jealous? Child-haters? Terry-haters? The film is based on a true story, so perhaps all of this did happen… but none of it seems at all likely.

The unlikely heroine soon gets released on parole, having served just 741 days of her 12½ year term. How? That isn’t explained either. One should of course be thrilled for her. She claimed that the child had brought her a sense of responsibility. One hopes so…

The film was made only a couple of years after Terry was released, and with the obvious co-operation of the Broward institution. Why the prison cooperated is less obvious; maybe Terry’s case signalled the start of a happy, child-filled era. Or maybe just a welcome Terry-free era. 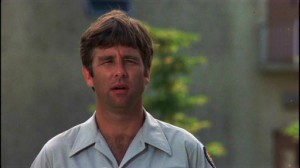 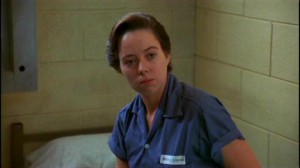